Former England international rugby players are set to be recruited for a major-scientific study examining the possible long-term effects of the game on brain health. 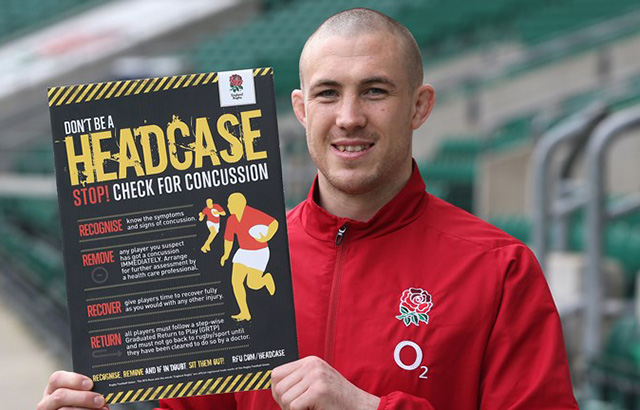 Queen Mary University of London (QMUL), together with the Rugby Football Union, the London School of Hygiene & Tropical Medicine, The Institute of Occupational Medicine, University College London and Oxford University will study the possible link between a history of concussion and neurological health in former rugby players. The Drake Foundation has committed over £450,000 to funding the research.

The project aims to provide a greater amount of information on the potential medium and long-term neurocognitive risks of playing rugby than is currently available.

Dr Valentina Gallo, from QMUL’s Blizard Institute and lead neurologist on the study, said: “This will be the first study investigating the long term effect of concussion on rugby players. Evidence suggests a possible increased risk of neurodegenerative diseases such dementia, Parkinson’s disease, and Motor Neurone Disease in former contact sport athletes. But each contact sport – with different protections and different playing dynamics – exposes its players to different types of potential traumas.

“To help inform current policy, we will estimate the burden of physical and neurological health of retired rugby players and provide initial evidence on possible associations between rugby-related concussion and subsequent health.”

The study builds on a previous study by researchers from the Oxford Centre for Sport, Exercise and Osteoarthritis, which surveyed around 300 former England players as well as Oxford and Cambridge University players. Detailed information was collected on their playing history, past injuries including concussions sustained during their career, and their current musculoskeletal and general health.

The new study will begin shortly and involve approximately 200 participants over the age of 50 who agreed to be re-contacted from the previous study.

The research will gather data on the retired players’ general health, with an extensive set of tests capturing physical and cognitive capabilities and a neurological clinical examination. There will be face-to-face assessments as well as blood and urine samples taken for future analysis.

Professor Neil Pearce at the London School of Hygiene & Tropical Medicine who will lead the study said: “Evidence is accumulating on the possible long-term health risks in former contact sport athletes. However, each sport is different and there is currently little evidence from rugby players. This study will start to fill this gap, and will allow us to assess whether there are long-term health problems and what their causes may be. We are delighted to work with the RFU in recruiting former players for the study, and are pleased that the Drake Foundation is funding this important area of research."

Former England International Rob Andrew who took part in the first phase of the research, said: “As a former professional rugby player I believe it is really important that we all understand the potential long-term health outcomes from playing the sport at a high level.

“This study will provide an insight into the health of former players, which can only be a good thing in terms of players being more informed, but also helping the sport look at how to manage both the short and long-term risks associated with injury.”

Simon Kemp Chief Medical Officer at the RFU said: “The RFU has worked extremely hard to increase the education of those involved in the game about concussion and to improve the management of the risk of the injury based on the evidence available. The next step for us a union and as a sport is progress beyond delivering ‘recognise, remove, recover and return’ and try to understand more about the possible longer-term effects on the health of the brain. We welcome the support from the Drake Foundation, the academic institutions involved in the project and the former players who will take part in the study.”

James Drake, Chairman of The Drake Foundation comments: “In funding this research, The Drake Foundation is enabling an important step forwards in our understanding of the potential long-term health outcomes of playing sport at a high level. It is fantastic that former rugby players are willing to dedicate their time to this study as their efforts will help the sport look at how to better manage both the short and long-term risks of injury.”