Lucas Lacasa, Vito Latora and Oliver Williams have worked out how to predict whether an actor's career has peaked or whether their most successful years are yet to come. 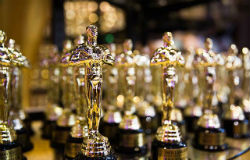 The team from the School of Mathematical Sciences at Queen Mary discovered that an actor's most productive year, defined as the year with the largest number of credited jobs, is towards the beginning of their career.

They also found that for the vast majority of actors, around 70%, their acting career will only last for one year.

Dr Lucas Lacasa, one of the authors of the study said: “We think the approach and methods developed in this paper could be of interest to the film industry: for example, they could provide complementary data analytics to IMDb. This does also bring with it a number of open questions. We have assumed that there is nothing anyone can do to change their fortunes, but we have not shown that this has to be the case. Consequently we are interested in finding out how an individual might best improve their chances of future success.”

The research formed part of a paper entitled 'Quantifying and predicting success in show business' which was published in Nature Communications this week.

You can read the full story on the Queen Mary University of London news pages here.

This story was also featured in The Guardian, The Telegraph and Mail Online.