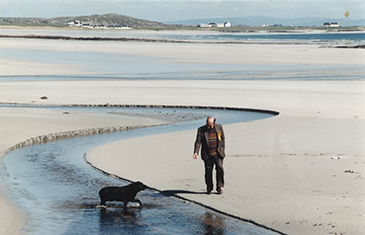 MacCormick on the campaign trail

1979 was a watershed year. It was firstly a year of crisis, not only for the SNP, but for Scottish Nationalism and hopes for self-government in Scotland. The referendum on the Scotland Bill of 1978 had been lost, despite a majority of 77,000 votes in favour. This was because of the notorious 40 per cent rule, which required that 40 per cent of the electorate vote in the referendum (in the end, the turn-out fell just short, with 39.2 per cent of the electorate voting). The SNP lost all but two seats in the election, and they were in great disarray: financially, and in terms of falling membership. There was also great internal warfare within the SNP – these were, after all, the years of the ’79 Group and the Siol nan Gaidheal.

But, as irony would have it, crisis turned soon enough into an opportunity – with results that perhaps no-one would have predicted. It is for good reason that Margaret Thatcher, who became the Prime Minister in 1979, has been dubbed ‘the greatest Scottish nationalist’. Scottish nationalism fed on anti-Thatcherism, which was also an impetus within the Labour party for some form of self-government in Scotland. The popular support for this grew as the number of Scottish Tory MPs dwindled, increasingly in 1983 and 1987. The Campaign for a Scottish Assembly was established in 1980, on the first anniversary of the failed referendum, and from there the momentum grew, culminating in the Claim of Right in 1988 and the establishment of the Scottish Constitutional Convention in 1989. 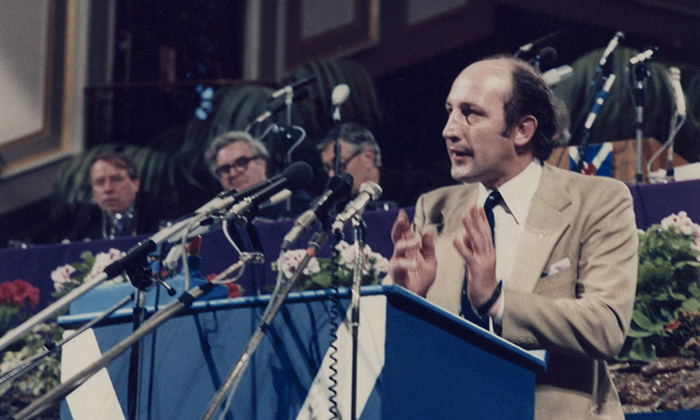 The fortunes of the SNP, too, began to change – though this was not reflected in electoral victories, or financial / membership figures. The internal rifts in the Party were resolved to a large extent in 1983, and the Party began to adopt the policies and ideological platform that was to help them survive and later flourish against all odds. The policy was a positive stance towards Europe, with ‘Independence in Europe’ becoming the official slogan in 1988 (though the pro-EC stance was already taken in 1984). The ideological platform, in turn, became socially democratic.

For MacCormick, this was a decade of highs and lows. Beginning with 1979, he contested and lost all Westminster elections in this decade (Edinburgh North in 1979, and then Edinburgh Pentlands in 1983 and 1987). He was, of course, contesting almost impossible seats, but still, it must not have been easy to see how badly the SNP was faring. He was, as always, incredibly busy with academia and academic administration, publishing in this period three important books, including his collaboration with Ota Weinberger on An Institutional Theory of Law in 1986. But, despite this, he continued to be involved politically, eg:

Seegers Lectures delivered by Neil MacCormick at the Valparaiso School of Law, on 26 and 27 March 1985, under the title, ‘A Moralistic Case for A-Moralistic Law?’