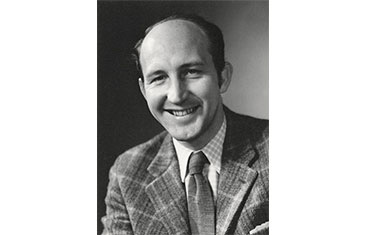 MacCormick’s time in Oxford was focused largely on jurisprudence. It was an exciting time: Herbert Hart had published The Concept of Law in 1961, and debates since that time concerning Hart’s theory were intense. Hart retired from his Chair in Jurisprudence in 1969, and was succeeded by Ronald Dworkin. Many of MacCormick’s publications in his first decade (and to some extent thereafter) were responses to various criticisms of Hart (particularly Dworkin’s), while simultaneously working out his own version of Hart’s legal positivism. He engaged in scholarly debates with other figures in Oxford in this time too, perhaps especially Joseph Raz, where disagreements on the individuation of laws formed an important background to the development of MacCormick’s first statement on his ‘institutional theory of law’ (in 1973).

It shouldn’t be forgotten, however, that even during this period MacCormick contributed to legal and political issues in Scotland. Some of his first papers engaged with various law reform issues in Scots law, e.g. concerning the position of third parties in contracts. Perhaps the most important publication during this period is his work both as an editor, and as a contributor to, a collection of essays on Scottish nationalism entitled The Scottish Debate (1970). His own contribution, ‘Independence and Constitutional Change’, articulated a gradualist approach that he was to adhere to for his entire career. MacCormick had formally joined the SNP in 1967 (in the wave of membership following Winnie Ewing’s by-election win in Hamilton), but this gradualist stance – including saying that independence was not necessarily the ‘best course for Scotland’, while advocating strongly for a Parliament and Government in Scotland – was the first of many indications he would not be afraid to deviate from (and sometimes very publicly so) the official SNP line. Of importance too was that this collection included a wide variety of views from persons with a wide variety of political backgrounds. As he was to continue to show throughout his career, MacCormick was capable of raising the debate above the political fray and above ideological disagreements, all in the name of advancing Scottish interests.