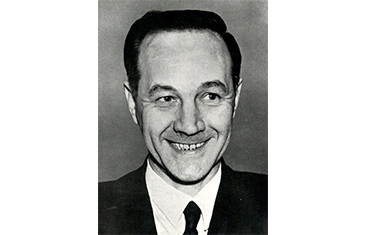 Continue to 1959-1965 University Politics or return to timeline

Neil MacCormick was born on 27 May 1941 to John MacCormick and Margaret Miller. He sometimes reflected on the date of his birth:

…although I don’t remember it myself, my mother on several occasions told me that, after she took me home from the hospital where I had been born, she one evening took me out to the front garden in Stepps, just to the east of Glasgow where my family then resided. She held me up so that she and I could see the scarlet glow to the west of Clydebank in flames after the dreadful blitz there. That is clearly the world into which I was born, a world of catastrophic war.
Neil MacCormick, Address on St Andrew’s Day, Scotland House, 2003

And in his unpublished memoirs, dictated in the last few months of his life, MacCormick added:

Anyway, the consequence of being born in 1941 is that my experience of life was one of steady improvement in the condition of things and in way of life from a very low starting point in material terms.

This outlook of cautious optimism was an easily recognisable and lifelong trait in his character. 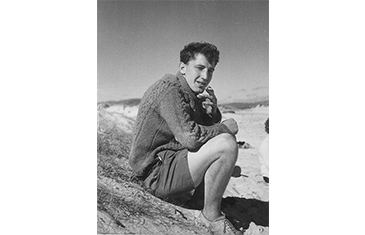 Neil MacCormick as a young man

MacCormick was born into an intensely political family, and there is no doubt that his father influenced his views on and attitudes to Scottish politics. MacCormick saw his father as a real visionary, and took every occasion he could to speak of the importance of his father’s legacy. When MacCormick described his father, one could be excused for imagining he was describing himself – in other words, what he saw as his father’s best traits were arguably MacCormick’s own ideals:

Of Highland background, with roots in Mull and Iona and Glenurquhart, John MacCormick in private was a man of poetry and romance, but in public a lawyer and practical politician with a gift of compromise and a conviction in the virtues of constitutionalism and gradualism. A spectacularly good platform orator, he suffered acutely from stones in the kidney, which undoubtedly shortened his life.
Neil MacCormick, 1999

John MacCormick’s importance for constitutional change in Scotland cannot be underestimated. He had founded the National Party of Scotland (NPS) in 1928, and then chaired the merger negotiations between the NPS and the Scottish Party to form the Scottish National Party (SNP) in 1934.

There were a number of political events that the young MacCormick was involved in, which one could say constituted a political apprenticeship. The three events were:

All three of these events feature in MacCormick’s writings and speeches throughout his life, perhaps especially the third, which MacCormick always returned to as a reminder of the distinctiveness of the Scottish constitutional tradition (a tradition founded not on parliamentary sovereignty, but the sovereignty of the people).

Involvement in the MacCormick v Lord Advocate case cost John MacCormick his partnership as a solicitor, and although he went on to publish his memoirs (The Flag in the Wind, 1955) and contest elections (his final being in 1959), by all accounts, he became increasingly despondent, suffered from health worries and took to alcohol. He died in 1961, when Neil was 20.

Continue to 1959-1965: University Politics or return to timeline