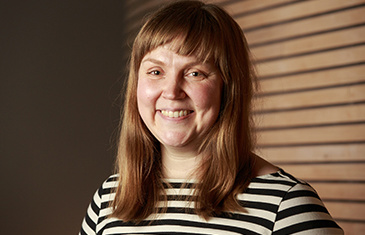 A graduate of the oldest dedicated department of cultural history in the world, at the University of Turku, my first monograph explored contemporary Jews in early modern English experience and imagination (Jews in the Early Modern English Imagination, Ashgate, 2012). My interest in early modern travellers has led to fruitful stays at Birkbeck, QMUL, and NYU.  From 2013-16, I held a fellowship at the Helsinki Collegium for Advanced Studies and taught at the University of Helsinki. This period covered the preparation of my forthcoming second monograph on 17th century English travellers to the Ottoman Empire and their descriptions of non-Muslim peoples. I have taught at the University of Turku, QMUL and University of Helsinki. I am co-convenor of the IHR seminar, Society, Culture and Belief, 1500-1800.

I am delighted to continue my association with QMUL, now as the holder of a five-year research grant from the Academy of Finland.  The current project Travel and Self-Description in Seventeenth-Century England will investigate the multiple ways in which travel accounts carry traces of the aims and emotions of their authors and of their efforts at self-description and life accounting. The individual case studies will look at both manuscript and printed travel accounts and writings from different social classes, ranging from merchants and diplomats to elite and aristocratic travellers. I will be happy to talk to postgraduate students who share research interests with me.

In progress: Perceiving Levantines: British Cultural Descriptions of the Ottoman Empire and its Non-Muslim Peoples, 1580-1640.