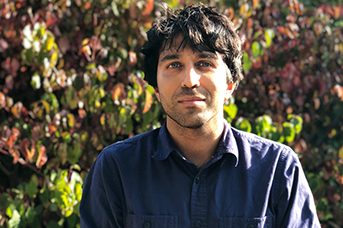 Lecturer in the History of Political Thought

I am a historian of modern political thought specialising in the history of ideas about politics, economics and international order in the twentieth century. I am also interested in ideas of solidarity, and the history of military occupation and civilian resistance in South Asia, in particular Kashmir, where my family is from.

I currently serve as co-director for the intercollegiate MA in the History of Political Thought and Intellectual History offered jointly by UCL and QMUL.

My first book, entitled 'History and Judgment: The Political Thought of Hannah Arendt', is under review with Princeton University Press. I am now working on a project reinterpreting the history of political thought of twentieth-century Germany in an international and global context.

My first book, History and Judgment: The Political Thought of Hannah Arendt, offers a new interpretation of this influential figure as a fundamentally historical and global thinker. It shows that far from being an aloof outsider, Arendt was deeply engaged in contemporary debates about issues such as race, sovereignty, Marxism, automation, secularisation and revolution. Locating her in a transatlantic web of ideas stretching from the Weimar Republic to the Vietnam War, the book sheds fresh light on the intellectual history of these fraught decades.

My new book project seeks to challenge the regnant view that political thought in twentieth-century Germany was dominated by thinking about the state. Moving across traditional breaking points – 1918, 1933, 1945 – it looks at how concerns about democracy, economics and empire shaped how Germans thought about continental hegemony, overseas imperium and international federation, from Wilhelmine Germany through to the Bonn Republic.

I welcome applications from candidates wishing to pursue doctoral research in the following areas: