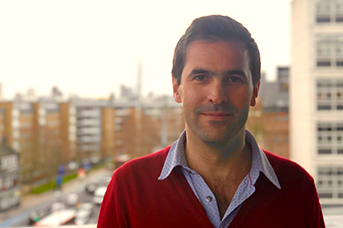 I am a historian of seventeenth and eighteenth-century British architecture. I joined Queen Mary in 2018, having previously taught in the architecture school of the University of New Mexico, and in the art history department of Oxford University before that. I also held an Andrew W. Mellon Postdoctoral fellowship at Oxford. I have a BA from Oxford and an MA and PhD from the University of York.

My research concerns intellectual engagement with architectural design and practice in seventeenth and eighteenth-century Britain. My first book, Architects and Intellectual Culture in Post-Restoration England was published by Oxford University Press in 2017. I am currently working on two new projects. The first is a book about British and French engagement with ancient Greek and Eastern Mediterranean architecture in the long seventeenth century. It will show that Western European understanding of Greek architecture was more sophisticated and widespread in the period than has previously been thought. The second is an edition of the complete correspondence of Sir Christopher Wren, which I am preparing in collaboration with Anthony Geraghty. In the past, I have published on medical architecture in London in the late seventeenth century, on architecture’s role in the early Royal Society, and on the administration of the rebuilding of London after the Great Fire

- ‘Architecture, Anatomy and the New Science in Early Modern London: Robert Hooke’s College of Physicians’, Journal of the Society of Architectural Historians, December 2013.

- ‘The Limits of Collaboration: Robert Hooke, Christopher Wren and the Designing of the Monument to the Great Fire of London’ Notes and Records of the Royal Society of London, June 2011.

- ‘Writing About Romano-British Architecture in the Seventeenth Century’, in The Quest for an Appropriate Past: Literature, Architecture, Art and the Creation of National Identities in Early Modern Europe (c.1400–1700), edited by Konrad Ottenheym, Brill, 2018.

- ‘Science and Architecture in the Age of Enlightenment’ in volume two of the Wiley Blackwell Companion to Architectural Theory and Practice, Landscape Architecture and Urbanism, edited by Caroline van Eck, 2017.

I am willing to receive applications for doctoral study in the following areas: