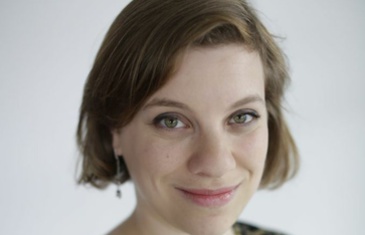 I gained my BA from Cambridge and my MA from Northwestern University before moving to Philadelphia in 2003 to do my PhD at the University of Pennsylvania.
Living in the city where the United States was born fostered my fascination with the history of American citizenship; research in New York furthered my love of Manhattan’s historic department stores.

My first book, Luxurious Citizens: Consumption and Civic Belonging in Nineteenth Century America, (Penn Press, 2017) charts the creation of the citizen-consumer in the US before the Civil War. It reveals how merchants, manufacturers, retailers, advertiser and shoppers themselves attempted to define civic virtue through both personal and national shopping habits, resulting in a vision of citizenship that to this day positions consumption as an American virtue and entitlement. As part of this project, my work on redefining pleasure as part of the commercial political economy published in the "Winterthur Portfolio" won the 2014 Grier Prize for best article.
My new project "Lost Property: Loss and Longing in Civil War America" asks how Americans learned to feel "properly" about the traumas of losing their property in the nineteenth century. Stretching from the Gold Rush through to Reconstruction, the project explores the ways in which the experiences of losing property remade ideas about value, possession and legal protections in nineteenth century America. I have been awarded fellowships at the Huntington Library and Newberry Library to work on this project, and I am currently completing an article on how the victims of the New York City Draft Riots challenged ideas of commercial value as they sought restitution for their things.
Previously I completed a project that explored how people “came to terms” with the ends of conflicts in the Atlantic World. Privileging visual and material culture as a source, this project asks how people made their peace with violence and war through the things and images they had in their lives. This project received funding from the McNeil Centre in Early American History. Emotional history of Capitalism American Capitalism and Political Economy US Citizenship Consumption and Consumerism in the Atlantic World Visual and Material Culture in the US

I welcome applications from candidates wishing to pursue doctoral research in the following areas:

I was a 2014 BBC3/New Generation Thinker and subsequently have made appearances on BBC Radio 3, BBC Radio 4, as well as in a BBC short film on the history of shoddy. Most recently I was interviewed by Helen Carr for her podcast "Hidden Histories." I have also spoken at the Freethinking Festival, at Sage Gateshead, the York Festival of Ideas and appeared at the Proms for an "Interval Shorts." I have published in The Conversation and History Today (link is external).  I am a member of the Nominating Committee for the Society of the Historians of the Early Republic, and I have peer reviewed for various university presses as well as "The Journal of the Civil War Era," and "Frontiers."