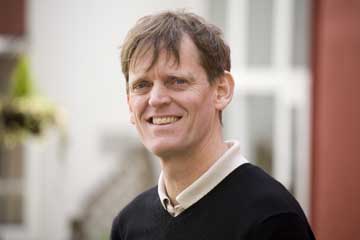 Nick Vriend is Professor of Microeconomics at Queen Mary and currently the Director of Undergraduate Studies.

Nick's research field is microeconomics (microeconomic and game theory) with a main research interest economic dynamics, in particular the dynamics of interactive social processes involving (boundedly) rational, learning agents. In relation to this, his main research methods, besides verbal and mathematical analysis, are experimental economics and Agent-based Computational Economics (ACE). He has worked on models of price dispersion and consumer loyalty and of the phenomenon of information-contagion, and he has investigated a range of learning theories both in theory and in experimental setups (including various oligopolistic markets, a location game, and ultimatum games). Nick has been working recently in particular on coordination problems. He studied experimentally the role of non-equilibrium focal points and the role of smiles, winks, and handshakes as coordination devices, as well as the roles of punishment and social identity. He has also been working on models of categorization in individual decision problems and in coordination games, and on models of segregation, as well as on the topic of electoral competition.

Nick's undergraduate studies in Economics were at the University of Amsterdam, and he received his PhD from the European University Institute in Florence (Italy).