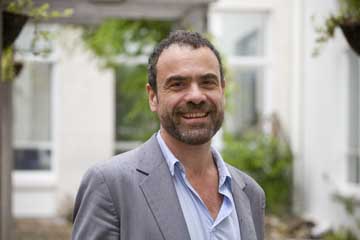 Marco Manacorda is a Professor of Economics and Public Policy in the school of Economics and Finance at Queen Mary University of London where he is also the School impact lead. He is also a research associate at the Centre for Economic Performance (LSE), as well as a research fellow of CEPR and IZA.

His interests and expertise are at the intersection of political economy, labour and public economics. He has written and researched on Latin America, Europe, the USA and Africa.

An Italian National, Marco holds a PhD in Economics from UCL. In the past he has been a recipient of the Nuffield Foundation New Development Fellowship in the Social Sciences and has been, among other things, a Visiting Scholar at UC Berkeley, a Research Fellow at the London School of Economics and a Visiting Professor at Princeton, EIEF and Bocconi.

Marco Manacorda has written and researched on Latin America, Europe, the USA and Africa.

Past (field and first destination):

Marco Manacorda has an interest in the interaction between research and policy making. In the past, he has been a member of the OECD Scientific Committee for the Review of Labor Migration Policy in the EU and Lead Research Advisor for UCW, the UNICEF-ILO-World Bank program on child labor and, in this role, member of the United States Department of Labour Education Initiative Technical Advisory Group. He has worked on the design and evaluation of the Uruguayan Plan de Atencion Nacional a la Emergencia Social. He sat on the Inter-American Development Bank Crime Prevention Roundtable and has advised and consulted for the Inter-American Development Bank, the Word Bank, UNICEF and ILO on themes of labor markets, social assistance, early child development, migration and citizens’ security.

His research is regularly featured in the media, including The Guardian, The Financial Time, The Economist, Le Monde, The Independent, TIME Magazine, The Daily Telegraph, Corriere della Sera and La Repubblica. He is also also an occasional TV and Radio commentator, having appeared on Al Jazeera, CNN, BBC, Voice of America and he occasionally writes for Vox.