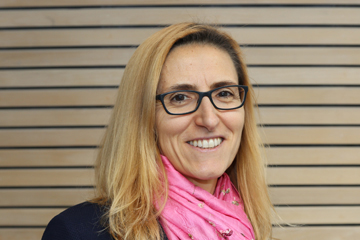 Alessandra Bonfiglioli is a Professor in Economics and since September 2018 the Director of Graduate Studies at the School of Economics and Finance at Queen Mary University of London.

She is a Research Fellow at CEPR (Centre for Economic Policy Research), an Affiliated Professor at the Barcelona Graduate School of Economics (GSE), and an Associate Editor of the Journal of the European Economic Association.

Alessandra Bonfiglioli is a macroeconomist mostly interested in international trade, growth and income inequality, and political economy. Her research focuses on the the determinants of income inequality and firm heterogeneity across and within countries, and on the effects of institutions on economic incentives and countries' economic performance.

She received her Ph.D. in Economics at Stockholm University (Institute for International Economic Studies) in 2005. Previously, she was a Research Fellow at the Institute for Economic Analysis (CSIC) in Barcelona and an Assistant Professor at Universitat Pompeu Fabra.

Alessandra Bonfiglioli’s research has featured in the main European economic blogs (VoxEU.org, Nada es Gratis and LaVoce.info). Her work on economic uncertainty and structural reforms featured in one of the main Spanish newspapers (La Vanguardia) as shortlisted for the prize "the vanguard of science" of 2015.