School of Economics and Finance Advisory Board

The School’s Advisory Board is a group of prominent alumni and other friends of the School who work to help identify strategic directions for the School, support and publicise its research, establish and reinforce links to the industry and policy making, and support the School's students, especially through internships, careers talks and lectures.

Dame Colette Bowe
Graduate of the School of Economics and Finance and Chairman of the College Council from 2004 – 2009.
Former Chairman of Ofcom. 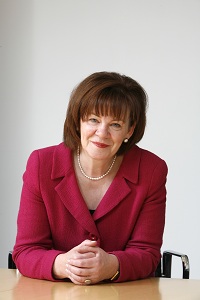 Colette Bowe is currently chairman of the Banking Standards Review Council (BSRC) and also of the Associated Board of the Royal Schools of Music (ABRSM), a board member of the UK Statistics Authority, a non executive board member at the Department for Transport, and a Trustee of the Nuffield Foundation and of the Tablet Trust.

She was, until March 2014, chairman of Ofcom and also of Electra Private Equity plc.

An economist by profession, she is also a Visiting Fellow at Nuffield College Oxford.

She holds a BSc and Phd in Economics from the College and is also a Hon Dsc for her work with the College Council.

Mark Cornelius
Graduate of the School of Economics and Finance
Head of the Major Life Insurance Groups Division, Bank of England 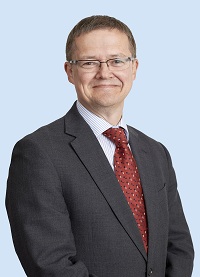 Mark is Head of the Major Life Insurance Groups Division in the Bank of England.  Prior to that, Mark was the Bank’s Chief Press Officer.  He has spent nearly all his career working as a macroeconomist, predominantly at the Bank of England, where he has headed the Inflation Report and International Divisions.  He has also worked at HM Treasury, the Cabinet Office and the CBI.  Mark graduated from Queen Mary in 1983, before studying for an MPhil at Cambridge University. 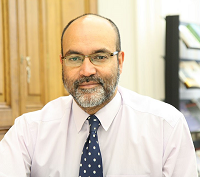 Shamik is the new Chief Economist and Director for Economics at the Foreign and Commonwealth Office (having started there in September 2014). He has had 28 years experience as a professional economist, alternating between private and public sectors. He started at H.M Treasury in the late 1980s, moving on in the 1990s to Oxford Economic Forecasting and the Bank of England, (where he ran the UK forecast team and was a senior manager in Monetary Analysis). In 2000, he moved to Morley Fund Management, then in 2004 co-founded Fathom Consulting, a leading economics consultancy, before moving back into asset management with Aviva Investors in 2009.

Dr Gerard Lyons
Graduate of the School of Economics and Finance
Chief Economic Advisor to Boris Johnson, the Mayor of London 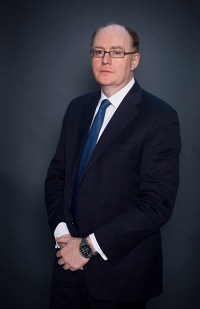 Dr Gerard Lyons is Chief Economic Advisor to Boris Johnson, the Mayor of London, taking up this role in January 2013. His first book 'The Consolations of Economics' is released by Faber & Faber in June 2014. Previously he spent 25 years in senior roles in The City, at Chase Manhattan, Swiss Bank, DKB and most recently at Standard Chartered where he was Chief Economist, Board Advisor and Head of Global Research. An expert on the world economy, global financial markets and economic policy, he has a great forecasting record: top global forecaster (out of over 350) in 2010 & 2011; one of only two UK forecasters predicting a deep recession ahead of the financial crisis. Lyons has testified to the US Senate & Congress, UK Parliamentary Committees & spoken at the EU-China Summit in Beijing. He gained his PhD on “Testing the efficiency of financial futures markets" at Queen Mary University of London. 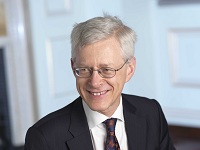 Dr Martin Weale joined the Monetary Policy Committee in 2010. This followed a term of fifteen years as Director of the National Institute of Economic and Social Research. Before this he worked as a lecturer in Economics at the University of Cambridge and a Fellow of Clare College and, for two years after graduating, as an Overseas Development Institute Fellow at the National Statistics Office in Malawi. He was reappointed to the Monetary Policy Committee in 2013 for a second three-year term.

He has researched a large number of aspects of applied economics at both macro and micro-economic levels. As well as monetary policy, his interests include issues connected with pensions, retirement behaviour and the adequacy of overall saving. He has also carried out a substantial amount of work on various aspects of economic statistics.

Weale was appointed CBE for his services to Economics in 1999 and was elected an Honorary Fellow of the Institute of Actuaries in 2001. He served on the Statistics Commission from 2000 to 2008 and was a member of the Board for Actuarial Standards from 2006 to 2011.