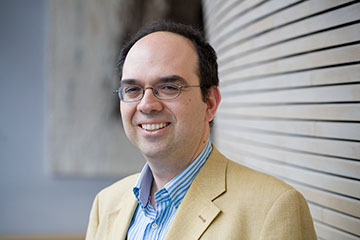 Regulation of margins in commodity futures markets may have irreversible consequences, according to researchers

New research from School of Economics and Finance argues that regulating margins in commodity futures markets may have unintended or even irreversible consequences.

The study finds that while margin changes will likely constrain excessive speculation, regulation may also impair liquidity and risk sharing by forcing out hedgers.

The authors assessed the effects of margin changes on commodity prices and returns, the presence of speculators and hedgers in the market, as well as liquidity and volatility of commodity prices. The study includes a detailed examination of specific commodity futures markets.

According to Professor Skiadopoulos, the research underlines the need for governments and regulators to “proceed, if they are to proceed, with extreme caution.”

The research is published amidst an ongoing debate in the United States and the United Kingdom as to the virtues or otherwise of appointing an independent regulator to set margins for futures commodity trading.

The Dodd-Frank Wall Street Reform and Consumer Protection Act 2010 gives authority to the U.S. Commodity Futures Trading Commission (CFTC) to set margin requirements. The authority, which has not yet been exercised, was granted on the rationale that such a measure will protect the financial integrity of futures markets.

Proponents of regulation argue that regulation will reign in excessive speculation; thus mitigating against the risk of another spectacular increase in commodities prices such as that which occurred between 2003 and 2008.

Those against regulation take a different view; namely that speculation is not to blame for rampant inflation of commodities prices, but rather it is a result of economic fundamentals such as exchange rates, and demand from developing countries like China and India.

“As is the case with many polarising debates; there is truth in both perspectives and there is much nuance to be found in the middle ground. We found that margin increases do not decrease commodity prices as commonly believed, but they do act as a ‘brake’ on the rate at which prices increase. We also found that while regulation of margins will likely constrain excessive speculation, such measures may also impair significantly market liquidity and the risk sharing function by edging hedgers out of the market.”

“Our findings, which involved a detailed examination of discrete commodity futures markets, suggest that if a regulator is to introduce controls on margins, then the individual characteristics and features of each market sector must be considered. Otherwise, the diffusion of effects across markets will have unpredictable and potentially irreversible consequences.

“This point supports Alan Greenspan’s contention in 1996 that: I guarantee you that if you want to get rid of the bubble, whatever it is, that [raising margin requirements] will do it. My concern is that I am not sure what else it will do,” said Professor Skiadopoulos.

Before joining academia, George worked in the Athens Derivatives Exchange. He has also acted as a consultant to various financial institutions and he has provided a number of executive training courses.