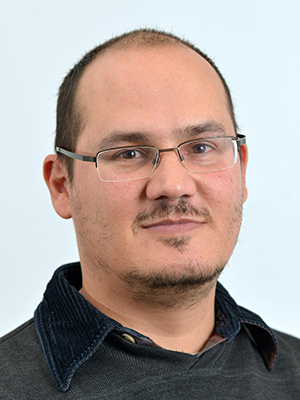 Dr dos Reis studied Biology at Universidad Simón Bolívar in Caracas, Venezuela (his native country).  In 2000 he moved to the UK where he did an MSc in Bioinformatics and then a PhD in Molecular Evolution at Birkbeck College, London, the later under the supervision of Prof. Lorenz Wernisch.  In 2007 he moved to the MRC National Institute for Medical Research in London (now the Francis Crick Institute), to study the evolution of influenza viruses in collaboration with Dr. Alan Hay and Prof. Richard Goldstein.  In 2010 he moved to University College London to work on Bayesian statistics of the molecular clock in collaboration with Prof. Ziheng Yang. He joined the School of Biological and Chemical Sciences at Queen Mary in 2015 where he will continue his research in molecular evolution.

Dr dos Reis is teaching Human Genetics and Genomics at the Joint Programme with Nanchang University.

Dr dos Reis is particularly interested in the development of statistical tools (Bayesian and likelihood) in evolutionary biology and their application in real data analysis.  The two main themes of his current research are Bayesian estimation of the times of species divergences; and measuring the strength of natural selection in molecular sequences. Key achievements of his research include demonstrating that modern mammals diversified in the Paleogene, after the K-Pg extinction event that wiped out the dinosaurs; development of a method to measure the strength of selection coefficients from phylogenetic data; elucidating the timeline of evolution of the 1918 influenza pandemic virus; and development of a statistical measure to assess the level of translational optimisation of genes in a genome.

Biologists have been greatly interested in estimating the times of divergence of organisms, that is, in placing absolute geological ages on the nodes of the Tree of Life.  These ages can then be correlated with important events in the geological history of the planet (such as continental drift, climate change or asteroid impacts) to understand how and why organisms evolved and diversified.  Estimates of divergence times can be obtained by combining information in the genome of organisms (which accumulate substitution mutations roughly proportionally with the passage of time, that is, with a ‘molecular clock’) with information in the fossil record (i.e., by looking at intermediate fossil forms and the dates at which they appeared in the record).  However, the fossil record is sketchy, and uncertainties in interpretation of fossils are translated into uncertainties in divergence time estimates.  Dr. dos Reis is interested in using Bayesian statistics to model the information in the fossil record more efficiently, and in how the wealth of genome sequences now available can be used to obtain accurate and precise time estimates.  This research topic is multidisciplinary as it integrates statistics with paleontology and genomics.

Measuring the Strength of Natural Selection in Molecular Sequences

The genetic material of living organisms bears the footprint that natural selection has left over their evolutionary history.  Biologists can nowadays easily sequence the genetic material of single individuals within a population, or from individuals belonging to separate, but related species.  Analysing this genetic material allows inference of the strength of natural selection within the individuals of a particular species over relatively short evolutionary timescales (the population level), or among different species over longer evolutionary timescales (the phylogenetic level).  The mathematical theory of population genetics, which describes the effect of natural selection at the population level is one of the most complete and elegant in biology.  However, this theory has as yet not been appropriately extended to describe the action of selection at the species (or phylogenetic) level. Recent developments have now attempted to merge the mathematical elegance of population genetics, with the practice of phylogenetics (the field of biology that deals with the evolutionary relationships among species).  Dr. dos Reis is interested in developing models to study the pattern of evolution of proteins under the action of natural selection for populations evolving along the branches of a phylogenetic tree.  Cases of interest are when selection is constant through time, when selection changes after an environment shift, and when selection depends on the frequency of mutations in a population.  A particular interesting question is how the strength of natural selection varies along the length of a protein (i.e., the distribution of selection coefficients or fitness effects).

Dr dos Reis has also previously worked on the evolution of influenza viruses (at the National Institute for Medical Research, UK), studying patterns of codon usage bias in Eukaryotic and Prokaryotic genomes (at Birkbeck College, UK) and on chicken embryology (at the Anatomy Department, University College London, UK).