The reduction of polluting emissions (like those from power stations) has decreased the acidification of many lakes and streams. We might have expected biological recovery (the return of acid-sensitive species), but this has been slow and patchy. Professor Hildrew and his team conducted hypothesis-led research on the ecology of recovery. Their results suggested that more rigorous controls on air pollution, sustained over a long period, will be needed for the most damaged systems to respond.

Can we return our streams and rivers to their former state?

Hildrew’s work, largely funded by the Department for the Environment, Food & Rural affairs (Defra), has focused on the sluggish response of the biota to marked improvements in water chemistry. The research supported the UK Acid Water Monitoring Network (UK AWMN), which was established by Defra to provide information about the effects of changes in emissions policy on acid-sensitive fresh waters in the UK.

Following the lack of the expected biological recovery in the network data, researchers speculated that the lost species (because of acid toxicity), led to food web change that were difficult to reverse. In particular, the loss of fish (brown trout) had allowed large, predatory invertebrates to invade that prevented recolonisation by the acid-sensitive fauna lower in the food web.

Further, a small group of acid-tolerant generalist herbivores, in particular stoneflies, chironomids and a few species of caddisflies, were abundant in acid waters and had occupied the ‘grazing niche’ of more acid-sensitive, and diverse, specialist algal grazers including mayflies and molluscs.

This seemed to hinder the recolonisation of acid-sensitive species. The team’s sustained research was crucial in understanding the dynamics of ecosystems in the face of environmental change over decades. The decomposition of leaf litter in acidified streams is inhibited, but has recovered following a rise in pH. If sustained, this should allow further biological recovery in the longer term.

Hildrew’s research on changes to ecosystem processes and lags in recovery following freshwater acidification has had an impact on data interpretation, policy making and environmental management at a regional, national and EU level.

The UK Government set up the UK AWMN in 1988 and it ran for well over 20 years (Hildrew’s ecological work began long before that). Defra still uses evidence provided by the UK AWMN and its successors (the network itself is now subsumed into surveillance of environmental  change more generally) to influence policy in the UK and EU. Hildrew was a founding member of the network, and monitored and conducted original research on sites across the UK. He was responsible for all the data on invertebrates and some of it on fish.

The UK AWMN supported organisations responsible for environmental management of UK surface freshwaters. The network assisted the UK in meeting its statutory obligations and informed policy and management practices of environmental authorities.

For example, the data and interpretations provided by Hildrew et al. resulted in a recommendation within Natural Resources Wales to reconsider their sampling regime in the Welsh ‘model’ lakes.

Evidence gathered through the UK AWMN has acted as a key driver in drafting and modifying international legislation. Emissions targets across Europe were updated in May 2012 through revision of the Gothenburg Protocol. Thus, evidence gathered and interpreted by Hildrew ultimately helped to justify the modification of European emissions policy. This required further reductions in emissions by signatory states. 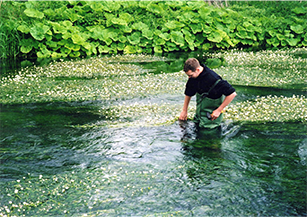 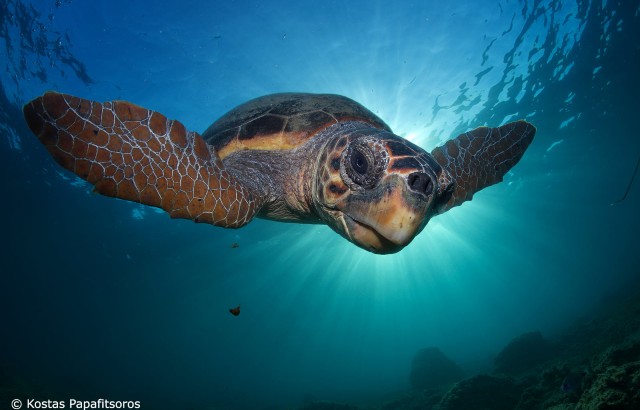 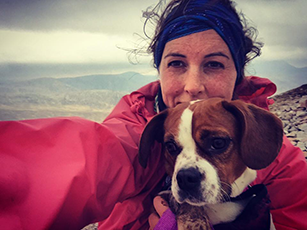 From Student to Staff - Meet the Lecturer, Dr Sally Faulkner