Dr Isabel M Palacios of the School of Biological and Chemical Sciences (SBCS) at Queen Mary University of London was recognised at the Engineering and Physical Sciences Suffrage Science Awards on 8 March. 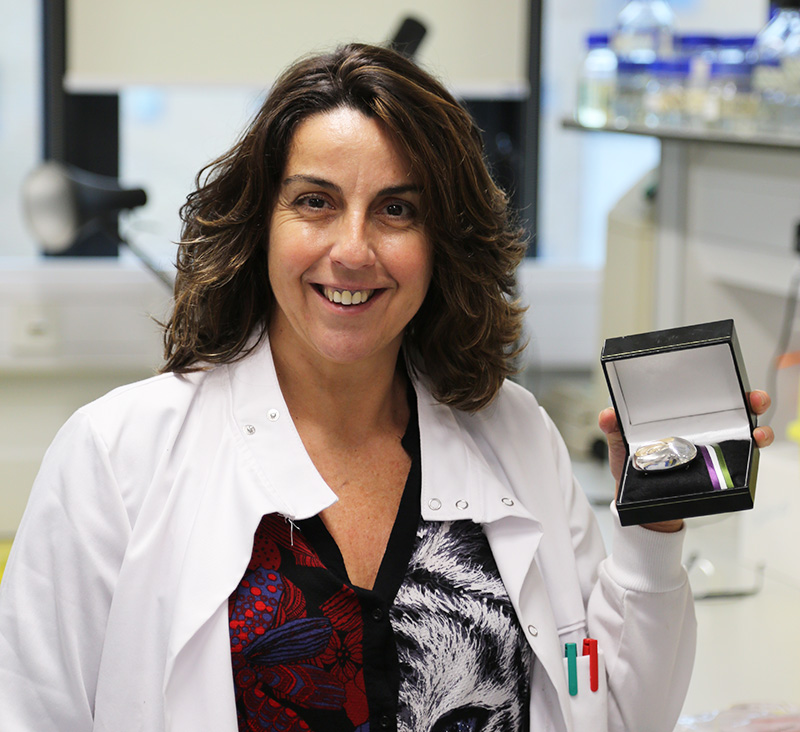 The biennial awards, which started in 2011, took place at the Royal Society on International Women’s Day 2019. On receiving the Suffrage Science Award, Dr Palacios, who is a Lecturer in Cell Biology on SBCS’ Nanchang Joint Programme said: “This award motivates me further to do my very best to inspire, encourage and mentor women and men to become active and connected scientists, especially in Africa, which I will do through our charity DrosAfrica. Personally, becoming a scientist has helped me to be treated more equally, and I hope our efforts within DrosAfrica will do the same for women in Africa.”

A unique feature of the Suffrage Science Awards is that each year’s winner nominates their successor, based on their scientific achievements and ability to inspire others. 2017 recipient Dr Marta Vincente-Crespo of the CARTA Programme at African Population and Health Research Center nominated Dr Palacios.

Dr Vincente-Crespo said: “I am honoured to pass this Suffrage Science award to Dr Isabel Palacios. Her passion to pursue a scientific career of the highest standard while being one of the most wonderful people I have ever met are a constant inspiration. Her work on cytoplasmic flow dynamics is just a reflection of how she can bring the world together in her network, not just work in teams, but create those teams and get them to entertain ideas at the boundaries of biology.”

The awards were founded by the Medical Research Council’s London Institute of Medical Sciences. They celebrate women in science and engineering and encourage others to enter science and reach senior leadership roles. The awards themselves are items of jewellery, inspired by the suffrage movement, and are passed on as heirlooms from one female scientist to the next.