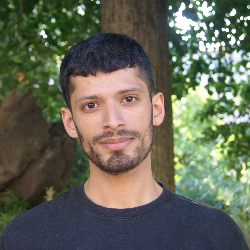 Lecturer in Politics and International Relations

I work on international political thought, with a focus on race, empire and anticolonialism especially during the late nineteenth and twentieth centuries.

My first book, On the Scale of the World: The Formation of Black Anticolonial Thought, will be published by the University of California Press in 2022.

I am currently working on an intellectual history of global inequality, tentatively titled The Pillage of Distant Worlds, alongside projects on the intimate politics of imperialism; Whiteness; queerness in film; and the idea of the ‘South’.

I teach for QMUL at the University of London Institute in Paris and I am a regular contributor to the London Review of Books.

2022- On the Scale of the World: The Formation of Black Anticolonial Thought (University of California Press, forthcoming 2022)

2017- ‘‘United by Blood’: Race and Transnationalism During the Belle Époque,’ Nations and Nationalism 23/3

2022- ‘Queer Antinomies’, (Review of Out of Time by Rahul Rao) in Critical Studies on Security (forthcoming)

2022- ‘To Own Whiteness,’ (Review of White Fragility by Robin Diangelo; Do Better by Rachel Ricketts; Me and White Supremacy by Layla Saad; What White People Can Do Next by Emma Dabiri) in London Review of Books 44(3)

2012- ‘After the Postcolony,’ (Review of Third World Protest by Rahul Rao and Political Theories of Decolonization by Margaret Kohn and Keally McBride) in Millennium: Review of International Studies 41/1, 131-136.

I welcome applications from candidates wishing to pursue doctoral research, especially in the following areas: