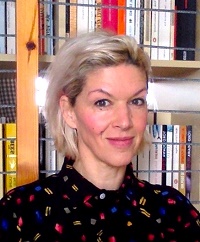 Prior to joining QMUL as Lecturer in Political Theory, Elke was Lecturer in International Politics at the University of Leicester. After completing her PhD in at the London School of Economics and Political Science (LSE), she also held positions as Teaching Fellow at University College London (UCL) and as Lecturer in International Relations at Anglia Ruskin University. Elke’s research focuses on the political and ethical implications of new technologies, with a focus on digital technologies and autonomous systems. In 2018, she published her monograph Death Machines: The Ethics of Violent Technologies. Her work has been published in Thesis Eleven, Security Dialogue, Millennium Journal of International Studies, the Journal of International Political Theory and other journals. She has been awarded a BA/Leverhulme Small Grant for a project titled Moral agency and meaningful human control: Exploring military ethical values for alignment in the use of autonomous weapons systems. Elke is co-founder of the BISA Ethics and World Politics Working Group and an RSA Fellow.

I am interested in new and emerging technologies, including cyber / digital technologies, autonomous technologies, artificial intelligence, human-machine interface technologies. The overarching question I ask is how and in what ways do scientific technological rationales and apparatuses shape our knowledge, desires, practices and ways of thinking about politics, security, violence and ethics. This research currently extends in three interlinked directions:

The first is funded by the British Academy / Leverhulme Small Grants scheme and focuses on the role of moral agency and meaningful human control for the use of autonomous weapons systems, colloquially known as ‘Killer Robots’. The project explores the role ethical values and moral agency play for technologically advanced militaries, as weapons systems become increasingly more automated and autonomous. This is a small exploratory project which I am hoping to refine and roll out into a bigger, non-military investigation about ethical values and human control with AI for social, political and economic contexts.

The second strand of research looks more specifically at the possibility for political and ethical agency vis-à-vis Artificial Intelligence (AI) technologies. Here I explore the narrative frames with which the utility of AI is presented and aim to situate our assumed relationship with the technological system more clearly to better understand the effects of digital and algorithmic power structures on the shaping of political and ethical knowledge, practices and modes of accountability.

As a third and overarching research aim, I tackle the conceptual question of ethics in politics more directly. Here I think through the implications of technological modes of agency and decision making, problematizing frames of ‘practical’ ethical thinking prevalent in computational practice as well as in politics today.

My previous research has centred on the nexus between biopolitics and technology with a specific focus on the ethics of violent technologies, specifically new military capabilities such as drones and autonomous systems.

2018. ‘Flesh and Steel: antithetical materialities in the war on terror’. Critical Studies on Terrorism. Vol. 11, No. 2.

2017. ‘Hybridity and humility: What of the human in (post)humanity?’ in Eroukhmanoff and Harkers (eds) Reflections on the Posthuman in International Relations: The Anthropocene, Security and Ecology, E-IR Edited Collections.

2016. All means, no end? Economies of life management. Forum on Patricia Owen’s book Economies of Force. The Disorder of Things, 7 January 216.

2015. ‘Ethical encounters – Taming of the Infinite: Applying ethics for political violence. The Disorder of Things, 27 April 2015.

2015. Embracing indecision: Free improvisation and ethics as action. The Disorder of Things, 7 April 2015.

Metro: ‘Far more than surveillance’ is already in place and ‘cyberocracy’ could change how government is run. https://metro.co.uk/2019/08/28/far-more-than-surveillance-is-already-in-place-and-cyberocracy-could-change-how-government-is-run-10637802/?ito=cbshare

NGOs, think tanks and initiatives I am involved in: