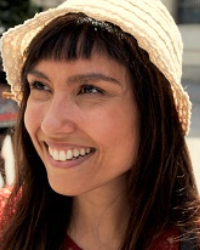 Dr Holly Eva Ryan joined the School of Politics and International Relations at Queen Mary in September 2018. Her research sits at the intersections of visual and international politics. It has a particular emphasis on the relationship between aesthetics, power and the political practices of non-state/civil society actors – including artists, social movements and NGOs.

Holly's book 'Political Street Art: Communication, Culture and Resistance in Latin America', examines the relationship between street art and social change in Bolivia, Brazil and Argentina. Beyond street art, she has written on a variety of topics including indigenous peoples’ rights, collective memory, campaign imagery, and democratic theory/practice. Holly is currently working on an ESRC New Investigator funded project exploring international friendship, solidarity and the practice of twinning.

Holly sits on the Steering Committee for the Queen Mary Latin America Network (QMLAN), a virtual hub established to connect scholars within and beyond Queen Mary whose research is focussed on Latin America and the Caribbean region. She is a member of the Artistic Activism Research Co-Lab at New York University.

Holly is a Fellow of Advance HE (formerly the Higher Education Academy). She has twelve years of teaching experience in UK Higher Education, having previously taught at Kings College London, Aston University, Manchester Metropolitan University and City University of London, where she completed her PhD in 2013.

On research leave during Semester A

Holly is interested in supervising doctoral projects that fall within her areas of research interest.

She has supervised the following PhD students to completion:

She is currently supervising the following projects:

Holly’s research has been featured in national and international newspapers, including The Telegraph, The Independent and The Huffington Post. She has been a contributor to The Conversation and OpenDemocracy/Democracia Abierta and the LSE-LACC Blog. For a selection of media pieces and long form by Holly, please see:

Holly has also organised or curated several exhibitions in the UK: