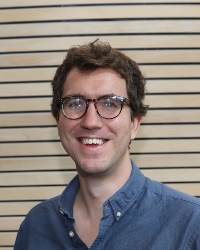 Following his studies at Royal Holloway, University of London, and a year in online journalism, Karl began working for the Labour Party in Westminster and Parliament. He worked for the Minister for Europe, and after the 2010 general election became the political advisor to the Shadow Foreign Secretary and then the Shadow Home Secretary. During his time working in politics, he completed an MA at Birkbeck and commenced a PhD at Queen Mary. Following completion of my PhD, he was awarded an ESRC Postdoctoral Fellowship through the London Interdisciplinary Social Science (LISS) Doctoral Training Partnership (DTP). He became Lecturer in British Politics/Public Policy in January 2021.

Karl was awarded the PSA Walter Bagehot Prize for best dissertation in the field of government and public administration. His dissertation was titled "The party has a life of its own: Labour's ethos and part modernisation, 1983-1997".

My research interests include the Labour Party and social democratic politics more generally, and the concepts of tradition and myth in political analysis.

Hindmoor A and Pike K (2020) ‘Past and Present: Blair and the political legacy of New Labour’, chapter in a new edited collection on Labour Party history (IB Tauris/Bloomsbury).

Book reviews and other articles

Outside of politics, I have also worked in advocacy for refugees and asylum seekers.