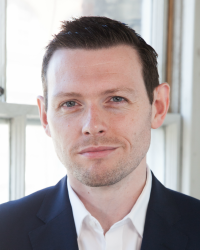 Dr Chris Phillips joined the School in January 2012, having previously worked as deputy editor for Syria and Jordan at the Economist Intelligence Unit. Before then he did his PhD and Masters in International Relations at the London School of Economics, and BA at Cambridge. He is currently an associate fellow at the Middle East and North Africa programme at Chatham House, working primarily on the Syria conflict and its impact on neighbouring states and the wider Middle East. He is co-curator of ‘Syria: story of a conflict’ a public exhibition at the Imperial War Museum and the Imperial War Museum North. He was a Visiting Scholar at the Centre for Contemporary Arab Studies at Georgetown University in 2014 & 2015.

Chris lived in Syria for two years, in Aleppo, Damascus and Latakia, and much of his research focuses on that country. Since the beginning of the civil war there in 2011, he has regularly consulted various government agencies and NGOS, and has made numerous media appearances on outlets including BBC Newsnight, Radio 4’s Today Programme, BBC News, Al-Jazeera, Sky News and Channel 4 News. He has written for The Guardian, The Washington Post, Newsweek and CNN, among others. His latest book, The Battle for Syria: International Rivalry in the new Middle East was published by Yale University Press in 2016.

He blogs at www.cjophillips.com and tweets at @cjophillips, mostly commenting on Syria, the Middle East, and the lamentable state of Aston Villa Football Club.

POL365 The Politics of the Post-Colonial Middle East (Level 6)

Previously I have investigated in detail the official identity discourses of two modern Arab states, Syria and Jordan, considering how Arab identity in particular has been constructed, sustained and reproduced in an everyday manner. Out of this came a wider consideration of the position of Arab identity in today’s Middle East, both its domestic and international politics, with the role of transnational satellite television, particularly al-Jazeera, scrutinised. These projects involved fieldwork in both Syria and Jordan, combining ethnographic interviewing with broader content and discourse analyses of several key disseminators of national identity: the personality cults of the ruling regimes and the state television broadcasts they control.

My other research interests focus on specific case studies within the study of politics and the international relations of the Middle East: Syrian foreign policy; British and US foreign policy towards the Arab World; Turkey’s Syria policy; the role of Arab identity in intra-Arab relations; and the challenge presented to older identity discourses by the 2011 Arab Spring.

'The international and regional battle for Syria' in R. Hinnebusch and A. Saouli (eds.), The War for Syria: Regional and International Dimensions of the Syrian Uprising (London: Routledge, 2019)

'Sectarianism as Plan B: Saudi-Iranian identity politics in the Syria Conflict', in S. Mabon (ed.), Saudi Arabia and Iran: The Struggle to Shape the Middle East (London: Foreign Policy Centre, 2018).

'Intervention and non-intervention in the Syria crisis’ in F. Kühn and M. Turner (eds.), The Politics of International Intervention. The Tyranny of Peace (London: Routledge, 2016)

'The Civil War in Syria: The Variety of Opposition to the Syrian Regime' in IE Mediterranean Yearbook 2013, August 2013.

'The World Abetted Assad’s Victory in Syria' The Atlantic, 4 August 2018

'Trump’s strike is more of the same in Syria' Washington Post, 7 April 2017

'Battle for Syria, Part One: The Impact of International Involvement', Yale Books, 29 September 2016

'The US and Russia could help end the Syria conflict. But are they hurting enough?' Prospect, 26 August 2016

'Britain must not escalate the conflict in Syria' (with Tim Eaton), Prospect, 2 Dec 2015

'Syria’s Refugees: When did the West become so heartless?' LSE ‘Euro Crisis in the Press’ Blog, 20 Aug 2015

'Syria, 4 Years On: What is Left of Assad’s State is Eroding from Within' Chatham House Expert Comment, 9 March 2015

'The Plight of Syria’s Refugees is Another Security Crisis in the Making' Chatham House Expert Comment, 13 October 2014 (with Neil Quilliam)

'The Plight of Syria’s Refugees is Another Security Crisis in the Making' Chatham House Expert Comment, 13 October 2014 (with Neil Quilliam)

'The impact of Syrian refugees on Turkey and Jordan', The World Today, October 2012

'Freezing out Iran won’t solve the Syria crisis' (with Julien Barnes-Dacey) for The European Council of Foreign Relations, 16th June 2012

'The International Relations of the Middle East after the Arab Spring', The Economist Intelligence Unit: Middle East Regional Overview, January 2012.

'Christianity’s place in the Middle East' The Guardian, 11 November 2010.

'Tough Love: The Paradox of Syrian-Iraqi Interdependence' The Majalla, 21 December 2009.

'Silent Majority: Jordan’s Palestinians and the search for Identity,' in IDEAS Today, December 2009.

'Who will come next? The future of the Muslim Brotherhood in Syria' The Majalla, 17 October 2009.

'The Battle for Syria' presented at Georgetown University (February 2017)

'Arabism and the Arab Spring', presented at University of St. Andrews October 2013

'Daddies’ Boys: Father, son and the nation in the leadership cults of contemporary Syria and Jordan' ASEN Conference, London School of Economics (April 2010)

'Re-inventing Lebanon: the Search for Lebanese Nationalism During Syrian Occupation 1991-2005.' Hawaii International Conference on Social Sciences, University of Hawaii, (May 2007)