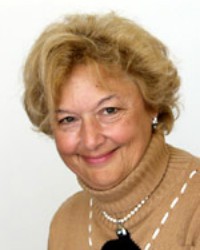 Anne Kershen entered the academic world having taken her degrees as a mature student whilst her family was growing up.  Before having her children she was an executive in a central London public relations company.  Prior to joining, what was then, the Politics Department at Queen Mary in 1989, Anne spent a year as the curator of the London Museum of Jewish Life (now the Jewish Museum London) whilst the permanent curator was on sabbatical. She was a trustee of the Museum for more than 25 years.  Anne took over the Barnet Shine Senior Research Fellowship in 1990 and remained the fellow until she retired to become an Honorary Senior Research Fellow at Queen Mary in 2011.  In 1995 she established the Centre for the Study of Migration and was its Director until her retirement.  At the beginning of the 21st century she created, directed and taught on three Masters in Migration – M.Sc in Migration, MA in Migration and Law and M.Res Migration - which ran until 2012. During her time as Director, Anne held a number of workshops and conferences at Queen Mary on migration related issues as well as representing the Centre at events outside. She was, and remains, a media consultant on migration, particularly with relation to immigration in London. She appeared in, and advised on, the recent BBC series, The Victorian Slum. She also initiated the Ashgate (now Routledge) series, Studies in Migration and Diaspora, of which she remains series editor and which to date has in excess of 40 publications on its list.

In  2013 Anne completed a 60 page report for Tower Hamlets and Shropshire Councils which was a comparative study of the impact of immigrants on an inner London borough and one that was predominantly rural.  Her latest book is an edited volume, London the Promised Land Revisited: The Changing Migrant Landscape in Early 21st Century London, Routledge, 2015)  to which she  contributed three chapters. Together with Colin Holmes she has just completed an edited volume in memory of William J Fishman, entitled An East End Legacy: Esssays in Memory of William J Fishman which will be  published by Routledge in August 2017 . Her current research interest still remains immigration in London over the past three centuries and also the role of religion in the lives of migrant women.   She is a Fellow of the Royal Society of Arts and a Fellow of the Royal Historical Society.

Though I started out as an Anglo-Jewish historian, my area of interest has now expanded to cover migration and migrants more generally, with emphasis on immigration and settlement in London, both past and present, from the arrival of the Huguenots in the 17th century onwards.  I am currently particularly interested in the migrant landscape of London in the first decades of the 21st century – the subject of my latest book. I recently completed a comparative study of the impact of immigrants on a largely rural population, in this case Shropshire, with that of their impact on an inner London Borough, specifically, Tower Hamlets.  My research resulted in a 60 page report circulated to both councils and other relevant organisations and interested individuals.  My interest in Tower Hamlets continues, particularly in the context of interaction between new and earlier arrived migrants.  I am currently working on what will be a co-edited volume in tribute to the memory of William J Fishman. My main contributory chapter will focus on the way in which the politics and society of Tower Hamlets has evolved since 1888 - the year that was the centre piece of Fishman’s book, East End 1888

'From Celebrationists to Confrontionists: British Jewish Historiography in the Late Nineteenth and Twentieth Centuries' in Immigrants and Minorities, (2000).

'The Migrant at Home in Spitalfields: Memory, Myth and Reality', in K. Burrell and P. Panayi (eds), Histories and Memories: Migrants and their History in Britain, London, Tauris Academic Studies, (2005), pp. 96-113.

'Huguenots, Jews and Bangladeshis and the Spirit of Capitalism' in Anne J Kershen,(ed.), London the Promised Land? The Migrant Experience in a Capital City, Avebury/Ashgate, 1997, pp. 66-90.

'Trade Unionism Amongst the Tailoring Workers of London and Leeds', in D. Cesarani (ed.), The Making of Modern Anglo-Jewry, Blackwell, 1990, pp. 34-54.

‘Images of the Jew: Stereotyping the Outsider’ presented at National Identity and Social Cohesion, CRONEM Conference 2008 'Nationalism, Ethnicity and Citizenship: Whose Citizens? Whose Rights?',University of Surrey, 1 July 2008.

'Synagogues and Mosques, Bagels and Curries: The Experience of Muslims and Jews in Spitalfields', presented at the Forum on the Comparative Study of Muslims and Jews', held at Royal Holloway College, University of London, 22nd -23rd June 2006.

'Why do they get all the best flats with the showers: Host Society Reception of Immigrants in Britain', presented at the International Conference on Migration, Warsaw, 18th May 2006.

'Immigrant Integration;, Huguenots, Jews and Bangladeshis in Spitalfields 1660-2002', paper given at the University of Cape Town, 8th December 2004.

'London as a multi-cultural city', Paper presented at conference at the Immigration and Nationality Directorate, 19th March 2004.

'From Celebrationists to Confrontationists' paper given at Jewish Museum London, 10th July, 2003.

'Immigration in Britain in the 20th Century', paper given to meeting of United Nations Association, Church House Westminster, 12th December 2002.