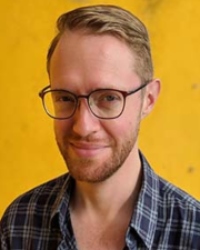 Lee Jones has worked at QMUL since 2009, when he moved from the University of Oxford. Lee specialises in political economy and international relations, focusing on the politics of intervention, security, and governance, with a particular interest in social conflict and the transformation of states. Much of his work focuses on Southeast Asia and China. Lee regularly advises the British and other governments and civil society organisations and has often appeared in the national and international media. A fellow of the Higher Education Academy, he also sits on the board of Palgrave’s series Studies in the Political Economy of Public Policy, and the ESRC’s peer review college. For further information see www.leejones.tk.

Currently, I teach the second-year IR theory core course, and two final-year elective modules (see below). My past teaching has covered Introduction to International Relations, Comparative Politics, and Political Analysis (all Year 1), and the final-year Dissertation module, as well as Political Analysis at MA level. Details of these courses can be found on the School of Politics and International Relations webpage.

At Oxford, I taught courses on Post-Cold War International Relations, IR in the Cold War, IR in the Era of Two World Wars, and the IR of Southeast Asia, among others. While at Oxford I was heavily involved in  developing better support for graduate student teachers and produced a webpage of resources for their benefit,  which is archived here. Following the completion of my teaching portfolio - ‘Mind the Gap: Using Formative Assessment to Narrow  Perception Gaps in Tutorial Teaching’ - I was made a Fellow of the Higher Education Academy in 2008.

POL381 The Politics of Southeast Asia

POL307 Politics at the End of the “End of History”

My research approaches core questions in politics and international relations from a “social conflict” perspective, rooted in Gramscian traditions of critical political economy. This approach explains political outcomes with reference to struggles over power and resources between socio-political forces. I have used it to answer a wide array of questions, including:

Through long-term collaboration with Shahar Hameiri, I have developed a novel theoretical framework for addressing many of these questions, usually referred to as the “state transformation approach”. This draws analytical attention to the way social forces struggle to reconfigure states to advance their interests and obstruct their enemies. This can involve the fragmentation, decentralisation and internationalisation of state apparatuses, the networking of domestic institutions across state borders, and the relocation of political decision-making to spaces beyond the state.

Empirically, my work focuses predominantly on Southeast Asia and China, though my work on sanctions has also involved studies of Iraq, South Africa and Israel/ Palestine. More recently, in the context of Brexit, I have become increasingly interested in how state transformation and its contestation operate in Europe. I am also interested more generally in the breakdown of the neoliberal order and the return of strong political contestation in the West, after many years of sclerosis.

My first book, ASEAN, Sovereignty and Intervention in Southeast Asia, based on ESRC-funded research, investigated the interventions of the Association of Southeast Asian Nations (ASEAN) in Cambodia, East Timor and Burma from the 1960s onwards. Attacking the overwhelming scholarly and journalistic consensus on ASEAN as a group of states that never interferes in any other states' internal affairs, I argue that ASEAN has indeed intervened, both within ASEAN and without, often very seriously and with sometimes devastating consequences.

My second book, Governing Borderless Threats, co-authored with my long-term collaborator Shahar Hameiri, investigates how non-traditional security issues are governed. Drawing on state theory, political economy and political geography, it builds a new analytical framework – the State Transformation Approach – that draws attention to efforts to transform domestic state apparatuses managing particular security issues, networking them across state borders and encouraging them to impose international discipline on other parts of their state and society. This state transformation process is, we show, profoundly shaped by social conflict rooted in the political economy of specific issue areas. We present case studies of environmental degradation, pandemic disease and transnational crime in the Asia-Pacific. Many scholarly articles also arose from this Australian Research Council-funded project.

My third book, Societies Under Siege: Exploring How International Economic Sanctions (Do Not) Work, does exactly what the title suggests. Moving past the debate on whether sanctions work, it explores how they work, or fail to work. Via a new framework, Social Conflict Analysis, it suggests that sanctions condition the power, resources and strategies of societal groups in target states, thereby conditioning processes of socio-political conflict and the transformation (or otherwise) of states and regimes. Tracing this societal “transmission belt” helps reveal the reasons why most sanctions regimes fail. Case studies include South Africa, Iraq and Myanmar. This research was funded by the UK’s Economic and Social Research Council. For more details click here.

In 2019, I co-edited the fourth edition of The Political Economy of Southeast Asia: Politics and Markets under Hyperglobalisation, which uses the Murdoch School of political economy to explain and explore matters like economic and political development, democracy and populism, state transformation and regional governance, gender and migration, and environmental degradation.

My current research, with Shahar Hameiri, explores how state transformation – the fragmentation, decentralisation and internationalisation of state apparatuses – are shaping China’s rise in its near abroad. Against mainstream IR approaches that depict China as a classically “Westphalian” state pursuing a coherent “grand strategy”, our ARC-funded research has involved investigating how state transformation is generating fragmented, incoherent and sometimes contradictory policy outputs, with serious consequences for China’s foreign and security policies and their effects overseas. A “prospectus” article appeared in the European Journal of International Relations in 2016, followed by several other articles. We are now completing a book manuscript.

£101,743 from the British Academy for an Innovation Fellowship at the Foreign, Commonwealth and Development Office (March 2022)

€195,454 (c.£171,570) from the European Commission for a Marie Curie Skłodowska Fellowship on the Security-Religion-Nationalism Nexus in Southeast Asia, with Dr Michael Magcamit

£4,998 from the Independent Social Research Foundation plus £4,000 from the School of Politics and International Relations (SPIR), QMUL, for a project on The Political Economy of State Transformation and Transnational Governance in Asia (November 2016)

£70,500 from the British Academy Newton Fund for a project on China’s Belt and Road Initiative, with Dr Cheng-Chwee Kuik (February 2016)

£6,000 from the Foreign and Commonwealth Office to provide a training course on Myanmar and Bangladesh (January 2016)

US$26,000 (c.£17,600) from the National University of Singapore/ Stanford University for the Lee Kong Chian Distinguished Fellowship on Southeast Asia (Spring 2015)

£3,000 from the Association of Southeast Asian Studies UK for The Governance of Non-Traditional Security in Southeast Asia and the Southwest Pacific (4/2011)

AU$305,000 (c.£192,000; with Shahar Hameiri) from the Australian Research Council for The Governance of Non-Traditional Security in Southeast Asia and the Southwest Pacific (11/2010)

£4,000 from the Westfield Trust for The Governance of Non-Traditional Security in Southeast Asia and the Southwest Pacific (4/2010)

‘Does China’s Belt and Road Initiative Challenge the Liberal, Rules-Based International Order?’, Fudan Journal of the Humanities and Social Sciences 13:1 (2020), 113-133

‘Theorizing Foreign and Security Policy in an Era of State Transformation: A New Framework and Case Study of China’, Journal of Global Security Studies 4:4 (2019): 579-97

‘The Development-Insecurity Nexus in China’s Near-Abroad: Rethinking Cross-border Economic Integration in an Era of State Transformation’ (with Shahar Hameiri and Yizheng Zou), Journal of Contemporary Asia 49:3 (2019): 473-499

‘Security Governance and the Politics of State Transformation: Moving from Description to Explanation’ (with Shahar Hameiri and Adam Sandor), Journal of Global Security Studies 3:4 (2018): 463-482

‘Beyond Hybridity to the Politics of Scale: International Intervention and “Local” Politics’ (with Shahar Hameiri), Development and Change 48:1 (2017): 54-77

‘Explaining the Failure of the ASEAN Economic Community: The Primacy of Domestic Political Economy’, Pacific Review 29:5 (2016): 647-70

‘The Politics and Governance of Non-Traditional Security’ (with Shahar Hameiri), International Studies Quarterly 57:3 (2013), 462-473

‘Beyond Securitisation: Explaining the Scope of Security Policy in Southeast Asia’, International Relations of the Asia-Pacific 11:3 (2011), 403-432

‘Still in the “Driver’s Seat”, But for How Long? ASEAN’s Capacity for Leadership in East-Asian International Relations’, Journal of Current Southeast Asian Affairs 29:3 (2010), 95-113

‘Sanctioning Apartheid: Comparing the South African and Palestinian Campaigns for Boycotts, Disinvestment, and Sanctions’, in David Feldman (ed.) Boycotts Past and Present: From the American Revolution to the Campaign to Boycott Israel (Basingstoke: Palgrave Macmillan, 2019), 197-217

Review of Renaud Egreteau, Caretaking Democratization: The Military and Political Change in Myanmar, in SOJOURN 32:3 (2017): 748-750

Review of Garry Rodan and Caroline Hughes, The Politics of Accountability in Southeast Asia: The Dominance of Moral Ideologies, in SOJOURN 30:1 (2015): 271-273

Review of Andrew MacGregor Marshall, A Kingdom in Crisis: Thailand’s Struggle for Democracy in the Twenty-First Century, New Mandala, 12 November 2014

Review of Jeni Whalan, How Peace Operations Work: Power, Legitimacy and Effectiveness, in Journal of Intervention and Statebuilding 8:2-3 (2014), 268-271

‘Beyond “Land Grabs”: A Better Political Economy of the Rohingya Crisis’, global-e 10(80), http://www.21global.ucsb.edu/global-e/november-2017/beyond-%E2%80%9Cland-grabs%E2%80%9D-better-political-economy-rohingya-crisis

‘ASEAN and the Norm of Non-Interference in Southeast Asia: A Quest for Social Order’, Nuffield College Politics Group Working Paper 2009-02 (2009)

I would be delighted to supervise doctoral theses in the following areas:

Please note that I am not qualified to supervise theses in the area of South Asian politics. For that, please contact my colleague Dr Liz Chatterjee.

I am happy to discuss ideas with prospective students - please email me with a short (c.2,000 word) research proposal and your CV. However, for procedural information on how to apply for doctoral studies at Queen Mary, please see the School’s webpage.

Using concepts from Gramscian state theory, political economy and political geography, and methods from historical sociology, my research essentially explores how domestic socio-political conflict, states and regimes interact with international dynamics. From an ‘inside out’ perspective, I have explored how domestic conflicts and power relations have given rise to particular regimes and state forms, and how this in turn shapes the regional governance of sovereignty, intervention, security and economies. From an ‘outside in’ perspective, I have studied how international economic sanctions have shaped patterns of social conflict in target states, leading to changes in local regimes. Most recently, I have explored how non-traditional security is governed through socio-politically contested processes of state transformation. In my new research project, I explore how these processes are shaping the rise of China. The empirical focus of most of my work is Southeast and East Asia. I have also published on Iraq, South Africa, and Israel/Palestine.