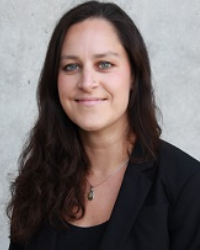 Lecturer in Regional and Comparative Politics

Liz joined Queen Mary in 2018. Her research spans political economy, energy history, and comparative environmental politics, with a particular focus on India. She is also a “£50” Fellow of All Souls College, Oxford, an associate editor of the journal Politics, and a Fellow of the Initiative for Sustainable Energy Policy at Johns Hopkins School of Advanced International Studies.

I welcome applications from prospective PhD students in the following areas:

I am happy to discuss ideas with prospective students: please email me with a short (2,000-word) research proposal and your CV. For procedural information on how to apply for doctoral studies at Queen Mary, please see the School’s webpage.

Liz’s research explores the history and political economy of energy in the age of climate change, with a particular focus on South Asia. Her publications have explored diverse aspects of contemporary Indian politics, from blame games to the relationship between electoral competition and public service delivery. She is currently completing a book manuscript on electricity and India’s transforming political economy in the liberalization era, providing a new interpretation of the Indian development model and its limits.

Alongside this, Liz also works more broadly on environmental politics and history. Her ongoing projects explore solar energy targets, green nationalism, and energy histories of the Anthropocene. While at the University of Chicago, Liz was also part of an international collaboration on “The Limits of the Numerical”. A further strand of her research examines the everyday politics of metrics and the relationship between quantification and expertise. She has also published on the history of emotions, and has a longstanding interest in the history of travel writing.

Liz’s postdoctoral research on climate change and the limits of quantification was funded by the Andrew W. Mellon Foundation. Her doctoral research was supported by All Souls College, Oxford, and through a predoctoral fellowship from the UK-India Education and Research Initiative.

Urban Emotions in South Asia, special issue of the Journal of the Royal Asiatic Society, vol. 27 no. 4 (2017), edited with Sneha Krishnan and Megan Robb.

“All Shook Up? State Professionals in the Reform Era”, in Elizabeth Chatterjee and Matthew McCartney (eds.), Class and Conflict: Rethinking the Political Economy of India, pp. 157–173 (Oxford University Press, 2020).

Based on her fieldwork, Liz was invited to write Delhi: Mostly Harmless (Random House, 2013), a travel book on India’s capital. Her writing has also appeared on The Guardian and London Review of Books blogs, as well as in Indian newspapers such as the Hindustan Times and The Hindu: Business Line. She is a regular commentator on South Asian politics for ABC News (United States).

Liz has also worked as a consultant for Oxfam GB, the Regulatory Assistance Project, and Oxford Analytica on topics ranging from women’s livelihoods to solar energy. As an intern, she worked for Unicef on sanitation in India.  Liz has been invited to speak about her research in the United States, India, Britain, Australia, Germany, Canada, and Finland.