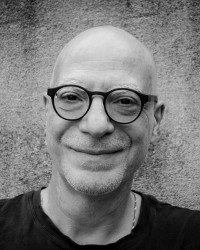 Engin’s research and teaching focus on doing international politics: the ways in which people constitute themselves as actors or subjects of international politics through performances, movements, and struggles. Engin holds a bachelor's degree from Middle East Technical University (Turkey) and graduate degrees from the Universities of Waterloo (MA) and Toronto (PhD). He developed an early interest in continental philosophy and was educated as an historical sociologist and political sociologist.

Engin is a chief editor of Citizenship Studies and is the editor of a book series Frontiers of the Political with Rowman & Littlefield International.

Engin is based in Mile End and University of London Institute in Paris (ULIP) establishing a research community across two institutions on doing international politics especially concerning migration, borders, and citizenship.

POL203 Sites of International Politics in University of London Institute In Paris (ULIP).

Engin has undertaken historical and political sociological studies of British imperial and colonial practices in Africa, America, Asia and Middle East, Ottoman imperial and colonial practices in Europe and Middle East and North Africa and French colonialism in Quebec, Haiti, and Algeria. He has also conducted historical sociology of citizenship in Canada and Europe.

The driving force in all Engin’s studies has been the tension between imperial, colonial or national designs for conduct of people and how people subvert these designs by performative acts and invent political subjectivities. This is the tension he often explores in how people constitute themselves as international citizens.

This is a select list, please visit Engin's blog "The Subject of Politics" for more publications

2002. Being Political: Genealogies of Citizenship. Minneapolis: University of Minnesota Press.

2013. "Two Regimes of Rights?" In Citizenship and security: the constitution of political being, edited by Xavier Guillaume and Jef Huysmans, 53-74. London: Routledge.

2013. "We, the Non-Europeans: Derrida with Said." In Europe After Derrida, edited by Bora Isyar and Agnes Czajka, 108-119. Edinburgh: Edinburgh University Press.

2016. "We, the Non-Europeans." In Conflicting Humanities, edited by Rosi Braidotti and Paul Gilroy, 229-244. London: Bloomsbury.

2017. "Citizenship Studies and the Middle East " In The Crisis of Citizenship in The Arab World, edited by Nils A. Butenschøn and Roel Meijer. Leiden: Brill.

Deirdre Troy, The politics of revocation: a British history of population management (2017)

Janina Pescinski, Citizens in Solidarity: Contesting the Criminalization of Assistance to Migrants (2018)

Benedetta Zocchi, On Dehumanisation, Citizenship and Coloniality at EU borders (2019)

Lucy Kneebone, Politics of the In-Between: Acts of Resistance (2019)

Engin has worked with numerous non-governmental organisations, activist groups, galleries, and museums over the years. Most recent of these include Migration Museum Project, Tate Modern, Counterpoints Arts, and ACT REAL.