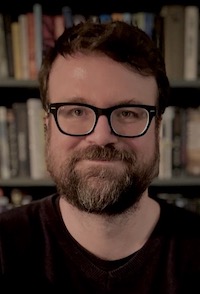 I completed my PhD at the LSE in 2011 in the Department of International Relations, where I was often asked “why are you here?” This is a question I often asked myself, though I may have taken the question rather more philosophically than it was intended, having previously competed two philosophy degrees. Before entering the strange world of academia, I had strong opinions about politics, did some amateur theorising, and played guitar, but in the end got paid very little for any of my efforts; getting paid to do two out of three now is a personal victory.

My research draws (productively, and at times uncomfortably) from both agonistic political theory and a critical reading of American Pragmatism, especially the work of John Dewey. For the past several years I focused on the use of human rights by diverse political movements, to take the measure of their limitations and their potential promise of a more radically democratic world. My current project rethinks questions of global justice by focusing on the injustices experienced in contemporary urban life, arguing for more inclusive and democratic global cities.

POL393 Justice and the Global City

In my academic work I am most fundamentally concerned with questions of global ethics. Over the past several years, I have focused on the contested idea of universal human rights, including how this idea developed, how it transformed world politics, and what further changes it may yet enable – focusing on the human right to housing.

My current research examines questions of justice by looking at global cities as key sites of injustice, which reframes questions about global justice in profound ways. The key claim in this project is that global justice requires an engagement with the globalisation of the process of urbanisation and that justice demands a political project of making cities more democratic and egalitarian.

Philosophically, my work draws from pragmatist and pluralist traditions, especially developing a situationist ethics inspired by John Dewey, which sits alongside an agonistic and pluralist commitment to radical democracy. At the centre of my research is a concern to interrogate the philosophical ideas we use to understand the world and guide our actions. I also try to pursue a style of philosophical reflection that is grounded in everyday experience, and which can assist in addressing pressing social problems, leading to my interest in developing ways of doing “global ethics” in a way that is intimately linked to practical political action.

“The Political Movement for a Human Right to the City,” in Critical Perspectives on Human Rights, Birgit Schippers ed. London: Rowman and Littlefield International, 2018: 121-38.

“Towards a Politics for Human Rights: Ambiguous Humanity and Democratising Rights,” Philosophy and Social Criticism 39, 9 (2013), 935-961.

“Myths of Invention,” symposium on Inventing the Future by Nick Srnicek and Alex Williams at The Disorder of Things, 7 November 2015. (https://thedisorderofthings.com/2015/11/07/myths-of-invention/)

“Freeing the Pluralist Imagination, or on the wisdom of escaping Weber’s ‘Iron Cage’,” symposium on The Conduct of Inquiry in International Relations by Patrick Thaddeus Jackson at The Disorder of Things, 24 January 2011. (https://thedisorderofthings.com/2011/01/24/freeing-the-pluralist-imagination-or-on-the-wisdom-of-escaping-webers-iron-cage/)

Humanism from an Agonistic Perspective: Themes from the work of Bonnie Honig (with David Owen and Mathew Humphrey), critical exchange in Contemporary Political Theory 13, 2 (2014).

“The Special Ambiguity of Humanity,” in Ethical Encounters in a Changing World series at The Disorder of Things, 18 April 2015. (https://thedisorderofthings.com/2015/04/18/ethical-encounters-the-special-ambiguity-of-humanity/)

“What We Talked About at ISA 2013: The Practice Turn and Global Ethics,” The Disorder of Things, 18 April 2013. (https://thedisorderofthings.com/2013/04/18/what-we-talked-about-at-isa-the-practice-turn-and-global-ethics/)

I am currently a PhD supervisor for Tom Hooper, Sophie Crowe, Marija Antanaviciute, and Emily Morrison.

I welcome research students interested in the following areas:

If you are interested in discussing the possibility of research supervision please email me (j.hoover@qmul.ac.uk).