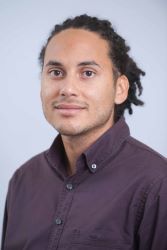 His first monograph, Black Resistance to British Policing, was published by Manchester University Press in May 2021. He is also co-author of Empire’s Endgame: Racism and the British State (Pluto Press, 2021).

Adam sits on the board of The Monitoring Group, an anti-racist organisation challenging state racisms and racial violence.

Elliott-Cooper, A (2021) The Four Stages of Moral Panic, in Qureshi, A (Ed.) I Refuse to Condemn (Manchester University Press)

Elliott-Cooper, A (2019). The Legacies of the Race Today Collective, in Bunce, R & Field, P (Eds). From Victim to Protagonist: A Race Today Anthology (London: Pluto Press)

Elliott-Cooper, A (2020) ‘Britain is not innocent’: A Netpol Report on the policing of Black Lives Matter protests in Britain’s towns and cities in 2020. (London: Network for Police Monitoring).

Adam sits on the board of The Monitoring Group, an anti-racist organisation challenging state racisms and racial violence.

He regularly features in the broadcast and print media discussing issues relating to policing and racism in Britain, including Sky News, BBC News, Channel 4, BBC Radio 4 and The Guardian.