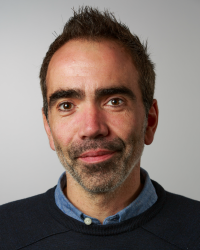 Reader in Politics and International Relations

Jean-Francois is best known for his work on the political and international political thought of Friedrich Nietzsche, and for his work on the political theory and international political thought of the Right in North America and Europe. Jean-François is one of the leading co-investigators of the research project The Global Right established in collaboration with the University of Ottawa. He is also a co-investigator on the World of the Right Project based at the Danish Institute for International Studies (DISS).

Beyond Tragedy and Perpetual Peace: Politics and International Relations in the Thought of Friedrich Nietzsche (Montreal: McGill-Queens University Press, forthcoming 2020/21).

‘America First: Paleoconservatism and the Ideological Struggle for the American Right’, Journal of Political Ideologies, vol. 25, no. 1, 2020, pp. 28-50 (with Michael C. Williams).

‘The View from Mars: US Paleoconservatism and Ideological Challenges to the Liberal World Order’, International Journal, vol. 74, no. 1, 2019, pp. 15-31 (with Michael C. Williams).

'A Liberalism Betrayed? American Neoconservatism and the Theory of International Relations', Journal of Political Ideologies, vol. 15, no. 2, 2010, pp. 89-118.

'Containing the Kantian Revolutions: A Theoretical Analysis of the Neoconservative Critique of Global Liberal Governance', Review of International Studies, vol. 26, no. 3, 2010, pp. 533-560.

I am currently supervising Alexander Blanchard, on "Conceptualising Political Violence"

I am keen to supervise research on themes related to:

I would also consider supervision on various other themes related to Political violence and liberal modernity. Get in touch if you want to discuss a project.