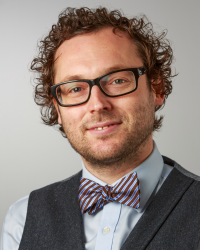 Paul joined the School in September 2012 having previously been a Hallsworth Research Fellow of Political Economy at the University of Manchester (2009-2012). He is currently the Deputy Director of the ESRC’s London Interdisciplinary Social Science Doctoral Training Partnership.

His research and teaching focuses on two intertwined strands: 1) The political economy of European integration, particularly with respect to the politics and policy making of the EU and its competence in employment, social policy, the Single Market and economic governance; 2) and the UK’s relationship with the EU, Brexit, and the role of the British media in constructing Euroscepticism. His recent monograph ‘Governance and the European Social Dimension’ was shortlisted for the 2021 UACES best book prize. His research has featured in leading journals such as the Journal of Common Market Studies, Journal of European Public Policy, Comparative European Politics, British Politics, European Law Journal, Public Administration.

Between 2015-2018 he was elected as a committee member of the Academic Association for Contemporary European Studies (UACES). He was the founding director of Queen Mary’s Centre for European Research, which hosted the 2016 UACES Annual Conference and established EU studies within the Faculty. He is currently an elected board member of the James Madison Charitable Trust and in 2020 was a visiting fellow at the Department of Social Policy and Intervention at the University of Oxford. In 2019 he was awarded one of QMUL’s Education Excellence Awards in recognition of his co-creative approach to teaching. He is a Fellow of the Higher Education Academy.

He is regularly invited to provide expert opinion on the House of Lords, the European Parliament, the European Commission, and a wide range of media outlets. He has also provided consultancy work for Oxfam and the World Health Organization. He is often invited to provide both live and pre-recorded comment and opinion to broadcasting media outlets including: BBC; France 24; RTE; Public Radio International; Sveriges Television; Hrvatska Radiotelevizija. He has written blogs and articles for the Conversation, Policy Network, the Mile End Institute, and UK in a Changing Europe to name but a few.

Semester II: POL268 The UK and the EU

POLM097 From Blitz to Brexit – Britain and the EU

My research focuses on the political economy of European integration and the UK’s relationship with the EU with a specific emphasis on:

My work is interdisciplinary and analyses the EU by engaging with the different approaches and research methods found within both the social sciences and law.

I’m happy to supervise PhD’s in these broad areas - feel free to email me to discuss further.

P. Copeland (2020) Governance and the European Social Dimension: Politics, Power and the Social Deficit in a post-2010 EU (Oxon: Routledge).

P. Copeland (2022) ‘The Juncker Commission as a Politicising Bricoleur and the Renewed Momentum in Social Europe’, Journal of Common Market Studies. Available at: https://onlinelibrary.wiley.com/doi/full/10.1111/jcms.13336

S. James and P. Copeland (2014) ‘New modes of Governance and the Intergovernmental Empowerment of the European Council’ Perspectives on European Politics and Societies 15 (4): 518-535.

B. ter Haar and P. Copeland (2010). ‘What are the Future Prospects of the European Social Model? An Analysis of EU Equal Opportunities and Employment Policy’, European Law Journal 16 (3): 273-291

P. Copeland and B. ter Haar (2016) ‘How EU Employment Rights are Experienced in Different-Sized Enterprises and Why it Matters’, in E. Ales, F. Basenghi, W. Bromwich, I. Senatori (eds.) Employment Relations and Transformation of the Enterprise in the Global Economy (The Hague: Eleven International Publishing)

P. Copeland and M. Daly (2015) ‘Social Europe: From ‘add-on’ to ‘dependence-on’ economic integration in A. Crespy and G. Menz (eds.) The Elusive Pursuit of Social Europe and the Eurocrisis (Basingstoke: Palgrave Macmillan).

P. Copeland, M. Daly, and A Leitch (2021) ‘A future Well and Fair: A Post-Covid Vision of the Welfare State’ Mile End Institute.

I welcome PhD proposals in the following broad areas:

Tony McNaulty (2019) ‘Tales from the Riverbank: The art of government, policy-making, and politics – an insider’s view’.

Koen Slootmaeckers (2018) ‘From ‘Strategic Accession’ to ‘Tactical Europeanisation’? The Promotion of and Resistance to LGBT Equality in Serbia’s European Integration Process’.