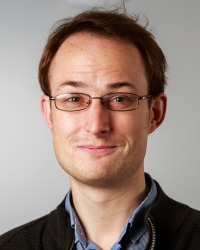 Peter joined the School in 2015. Previously he was a Teaching Fellow in Politics at the School of Oriental and African Studies (SOAS), where he did his graduate studies. He has also worked as an Adjunct Professor at Richmond – the American International University in London, and has taught at the University of Paris (Panthéon-Sorbonne). While at Queen Mary he has taught regularly at the University of London in Paris. He is currently the co-convenor (with Dele Kogbe) of the British International Studies Association working group on Africa.

Peter has a broad range of interests, including the politics of Sub-Saharan Africa, international law, legal sociology, the politics of rights, and the history of international relations. He specialises in Southern and (Francophone) West Africa. Some current projects focus on the politics of judicial appointments and dissenting judgments, conservative anti-colonialism and the relationship between Christianity and liberalism. He has a particular interest in the work of Bernard Williams , Niklas Luhmann and Alasdair MacIntyre.

Peter's recent research into the politics of judicial appointments, with Sara Dezalay (University of Cardiff), was funded by a British Academy/Leverhulme Small Grant for 2017-9.

(with Line Engbo Gissel) Africa and the Backlash Against International Courts (Zed Books, 2020).

Human Rights and the Judicialisation of African Politics (Routledge, 2018).

"Revolutionary legality and the Burkinabè insurrection" The Journal of Modern African Studies. Forthcoming.

'Politics by Other Means in South Africa Today.' Journal of Law and Society. Forthcoming.

'Lessons from history: Constitution and insurrection in Burkina Faso' The Daily Maverick (December 2019).

Peter would be interested in supervising PhDs on the politics of rights, international law and courts, legal professionals, and African states in the international system. He would also welcome proposalsrelating to the domestic politics of South Africa, Namibia or Burkina Faso.