Dr Judith Bara, currently Senior Lecturer in the School of Politics & IR, has received an Emeritus Fellowship from the Leverhulme Trust to carry out research on parliamentary expenses. 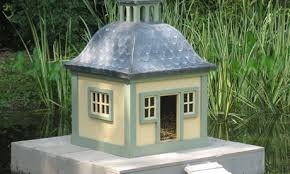 The research will examine how far the Independent Parliamentary Standards Authority has been successful in establishing a regime to prevent a recurrence of the expenses scandal of 2009. Dr Bara’s research will address this issue in two ways: firstly, by interviewing MPs and parliamentary officials, and, secondly, through content analysis of relevant parliamentary debates and committee reports. These will be set within an historical context dating back to the 1970s, to establish whether arguments concerning financial impropriety of public figures are couched in similar language.

Dr Bara joined QMUL in 2003 and conducts research on the changing orientations of political parties, with particular reference to ideology and policy. She is a principal researcher in the Comparative Manifestos Project and holds an honorary research fellowship in government at the University of Essex. She previously held positions at Essex, the University of West London, and the University of London’s Institute of Commonwealth Studies. SPIR is delighted that Dr Bara will be able continue her work with the school after her retirement in October 2014.