A major new exhibition of research by Dr James Eastwood, Senior Lecturer in Politics and International Relations at Queen Mary, aims to help Jewish migrant families uncover the fates of hundreds of children who disappeared in the early years of the State of Israel. 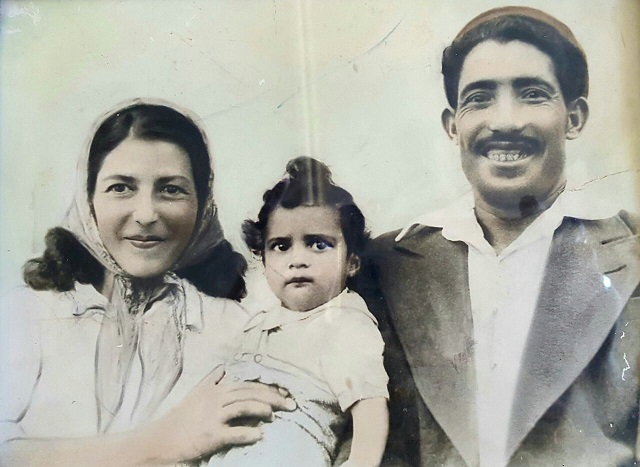 Shoshanna and Zeharia Kohavi, whose baby was lost at an Israeli migrant camp in 1948

Many children were separated from their families while staying in temporary camps after migrating to Israel during the 1940s and 50s – mainly from Yemen but also the Middle East, North Africa and the Balkans. The state officially maintains that these children died but their families have never seen bodies, graves or death certificates. Instead, families believe their children were sent away to so-called ‘baby homes’ run by women’s organisations and often illicitly adopted, perhaps even abroad.

Dr James Eastwood has assembled a growing body of evidence that supports families’ claims, and worked with museum curator Joanne Rosenthal to create the new exhibition: ‘Empty Cradles: Israel’s Disappeared Children’, which is now open to the public at London's Brunei Gallery SOAS.

Documents and photographs reproduced in the exhibition record the Israeli State policy of systematically separating Yemenite children from their parents, as well as charting the role of so-called ‘baby homes’ in housing ‘lost’ children before putting them up for adoption. Mothers whose children were taken away by force have shared moving testimonies, detailing the racism and condescension they experienced from Israeli authorities, who frequently accused them of being unfit to raise their own children.

While the disappearances took place in Israel, the exhibition also documents the role of international women’s organisations, including some based in the UK. Publicity material from the time shows that volunteers, donors, tourists and members of the public around the world were aware of and involved in the Israeli state's work with these children; many shared assumptions about the ‘unfitness’ of the parents, and even visited the ‘baby homes’ when parents themselves could not.

The organisations involved in these children's disappearances still operate today, and many of the lost children could still be alive. Families, campaigners and researchers who created the new exhibition hope it will raise awareness and spark conversations that encourage people to come forward if they have any knowledge of these events.

Dr James Eastwood, Senior Lecturer in Politics and International Relations at Queen Mary University of London and a co-curator of the exhibition, said: “The forcible removal of children was sadly common in the twentieth century, including in Israel, but recognition and justice has not always followed in every case. There remain significant gaps in our knowledge of what happened in Israel, which the families are desperate to fill. This exhibition hopes to raise public awareness about this story, but also to locate people in Britain and around the world who may be able to help complete the picture.”

The Amram Association, an Israeli organisation which campaigns for justice for the affected families, welcomed the opening of the exhibition by saying: “Bringing these stories to international attention is vital for raising awareness and seeking justice. Visitors to the exhibition will have an important opportunity to recognise the injustice which befell these families, after decades of silencing and denial.

“Our organisation has collected hundreds of testimonials on our website but very few studies have been conducted on the subject, and even fewer in collaboration with families affected. In June, the President of the State of Israel hosted a special event for these families, beginning an official recognition process – which we hope will influence organisations that remain silent about the affair, such as WIZO and Hadassah.”

The exhibition is free to visit at the Brunei Gallery SOAS until 10 December 2022, open from 10:30am-5pm Tuesday to Saturday (with late opening on Thursdays until 8pm). For more information, go to www.soas.ac.uk/gallery/emptycradles.