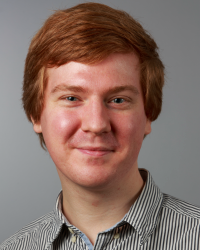 James joined Queen Mary in 2016. Prior to this he taught at SOAS, University of London, where he also completed his PhD in 2015. James’s research has concentrated on Israeli politics and society, previously with a focus on ethics and militarism, and more recently with a focus on the removal of Middle Eastern Jewish children from their families in the early years of the State.

My past research examined the connections between practices of ethics, war, and militarism in global politics, with a particular focus on the case of Israel. In particular, my work has argued that ethics plays a crucial role in sustaining Israeli militarism. It shows that ethics has become crucial both in motivating soldiers to participate in military service in Israel and in constraining political activism against Israel's military engagements. My findings are based on several months of fieldwork in Israel/Palestine, comprising interviews with key informants and participant-observation. This research has been published in journal articles and in a book with Cambridge University Press in 2017.

I have also published papers about the nature of militarism as an ideological force and about the role of soldiers with disabilities in the Israeli military.

My current research concerns the removal of Middle Eastern Jewish children from their families in the early years of the State of Israel. Using archival sources and oral testimony, I will examine the origins of this episode and attempt to shed light on what it says about race, settler colonialism, and imperial humanitarianism both in Israel and in comparative contexts. The research is funded by an AHRC Leadership Fellowship from 2019 to 2021.

As part of his current research into forcible child separation in Israel, James will be working with Amram, an NGO representing the affected families, and a curator to develop an exhibition at the Brunei Gallery at SOAS about the episode.