Professor Sasha Sodin from Queen Mary University of London has been awarded £100,000 by the Leverhulme Trust to support research in mathematical physics. 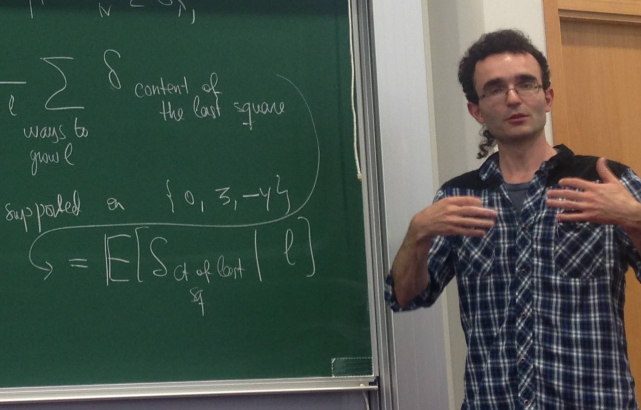 The Phillip Leverhulme prizes recognise the achievement of outstanding researchers whose work has already attracted international recognition and whose future career is exceptionally promising.

Professor Sodin will use the award to explore new applications of the theory of random operators, one of the central parts of mathematical physics.

Commenting on the award, he said: "It is a great honour to receive the Phillip Leverhulme Prize, the previous recipients of which include some of the leading scientists working in the UK.  It is also very pleasing to see the importance of fundamental science is still being recognised despite the current focus on the pandemic."

The theory of random operators has been extensively studied by physicists and mathematicians since the late 1950s. It was originally created to model and investigate the motion of a quantum particle within a disordered medium. Since then, it has been applied in various branches of theoretical physics, and it has also been a subject of extensive mathematical research.

However, Professor Sodin believes that many fascinating facets of the theory have hardly been explored. One such aspect is the subject of recent joint work with Professor Ohad N Feldheim from the Einstein Institute of Mathematics, Jerusalem.

"We have constructed a new random operator from components coming from a seemingly unrelated part of mathematics, the representation theory of the symmetric group. We found that our operator had numerous common features with the operators introduced 60 years ago by P W Anderson and others for the study of quantum disordered systems. This highlighted one connection between the representation theory of large groups and the theory of disordered systems, and I think there could be many more, which I will look to investigate further using this award," said Professor Sodin. 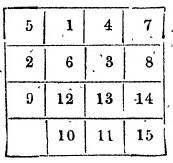 A drawing of the 15 puzzle from an 1880 newspaper (Hazefirah)

Surprisingly, the new operator also turned out to be linked to the 15 puzzle, a famous sliding puzzle going back to the 19th century. "The connection to the puzzle plays a central role in our analysis. However, for our study we had to use a version of the game in which the board is infinite and the moves are made at random," added Professor Sodin.

Methods and ideas from the theory of random operators could also advance understanding in statistical mechanics, a field of science that aims to explain the phenomena of thermodynamics microscopically. Professor Sodin said: "Several fascinating conjectures and contradictory predictions have been made in this area, and I hope that using ideas from the theory of random operators we’ll be able to shed some light on these questions."