Queen Mary academic elected as a Fellow of the British Academy

Professor David Adger from Queen Mary’s School of Languages, Linguistics and Film has been made a Fellow of the British Academy in recognition of his work in the field of linguistics. 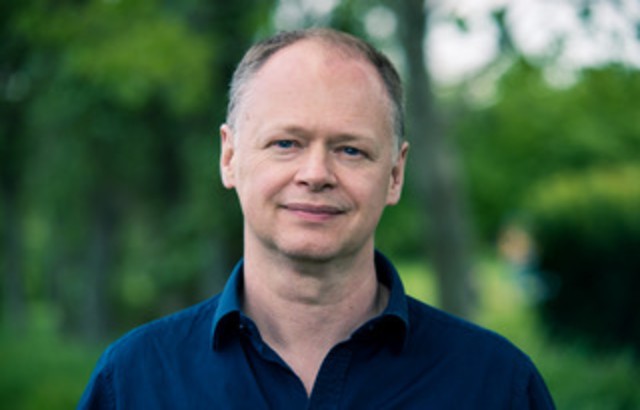 The British Academy is an independent fellowship of world-leading scholars and researchers; a funding body for research, nationally and internationally; and a forum for debate and engagement.

Professor Adger joins a number of Queen Mary academics who have been honoured by the Academy. Professor Hagit Borer and Professor Jenny Cheshire from Queen Mary’s Department of Linguistics were also named Fellows in previous years.

Professor David Adger, Professor of Linguistics at Queen Mary said: “Language is perhaps one of the best routes into figuring out what it means to be human, and understanding how we work, cognitively and socially. It has become more and more important as our power to affect the world increases.

“I’m honoured to have been elected as a Fellow of the British Academy and excited to work with the Academy on emphasizing how central the humanities and social sciences are to people’s lives.”

Professor Matthew Hilton, Vice-Principal of Humanities and Social Sciences at Queen Mary said: "I’m delighted that the British Academy have recognised David’s achievements. David is a superb scholar with a great command of his subject and passionate commitment to his discipline. He has provided excellent leadership for Linguistics, both at Queen Mary and nationally, helping to show just how important disciplines from the humanities and social sciences are when it comes to understanding the world around us."

British Academy Fellows are notable for their academic versatility, with many having made significant contributions to a range of disciplines.

This year the British Academy welcomed 86 new Fellows to its world-leading Fellowship, 52 were from UK universities. A further 30, Corresponding Fellows, were elected from overseas universities as well as four new Honorary Fellows. Of those elected this year to the UK Fellowship, 46 per cent are women (around 25 per cent of all UK professors are women).

The British Academy has also announced that Professor Julia Black CBE FBA will be its 31st President, succeeding the historian Professor Sir David Cannadine. Julia will become the second female President in the Academy’s 118-year history and will take up the role in July 2021 for a four-year term.

Professor Julia Black FBA, President-elect of the British Academy, said: "The 2020s will be the decade that the humanities and social sciences reassert themselves on the national, and the global, stage. The last six months have highlighted just how vital these subjects are to the health, wellbeing and prosperity of the nation and to tackling grand challenges.

"Insights from anthropology, psychology, history and geography have helped us to fight the virus, while drama, literature, and language-learning – to name just a few pursuits – have provided much-needed distraction and stimulation for us all. With growing evidence about their employability, the narrative that paints these subjects as recreational or non-essential needs to be challenged, which is why I am  advocating for  the notion of Social Sciences, Humanities and the Arts for People and the Economy/Environment (SHAPE). As President, I want to take that further, harnessing the power of these subjects to shape a brighter and more prosperous future."