Cities of Strangers by Professor Miri Rubin from Queen Mary University of London’s School of History provides a unique insight into life in European towns and cities between 1000 and 1500. 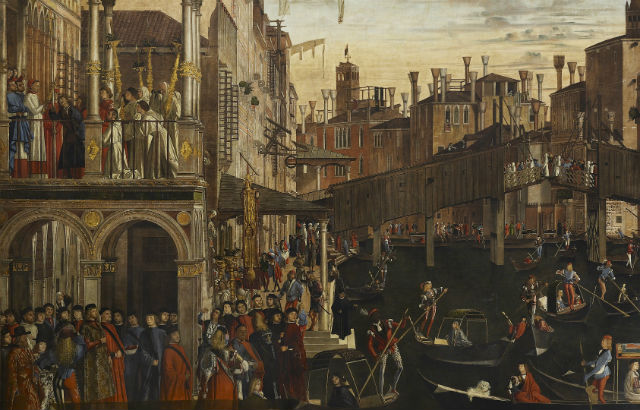 Based on a wide range of archival sources from across Europe, the work explores the experiences of the settled as well as the ‘strangers’ or newcomers who joined them. It is the first book to take a European view, and to consider different categories of difference.

The book shows that some cities legislated with considerable autonomy on how newcomers settled, and how they could contribute towards a common good. Rulers also fostered diversity in their cities by inviting groups from afar to settle and encourage economic growth.

The research sheds new light on cities – large and small – in medieval Europe, showing that they accommodated differences in language, religion and occupation in shared spaces, differences that were also regulated by law.

The research traces the development of urban institutions, unravelling the complexities of urban life for settled and migrant communities in Europe over five centuries.

The work also details the impact of the Black Death on society, leading to a sharpening of attitudes to difference and the shattering of the idea of a common good.

The book presents a unique perspective on Europe’s past, including the exclusion of certain of groups including women and Jews for example, providing an insight into some of the wider issues still facing the continent today.

Miri Rubin, Professor of Medieval and Early Modern History at Queen Mary said: “It has been enlightening to observe the struggle between the search for safety and familiarity and the persistent need to incorporate new workers, talent, and expertise into established social routines. As newcomers settled, they struggled to retain something of home even as they were making a new one.

“Medieval city life was always diverse and changing; it was least generous when prospects were poor and futures uncertain. The comparison to today is achingly familiar.”

Cities of Strangers by Miri Rulin is published by Cambridge University Press on 19 March 2020. In January 2020, Professor Rubin became President of the Jewish Historical Society of England.