Miri Rubin, Professor of Medieval and Early Modern History at Queen Mary University of London has been elected as President of the Jewish Historical Society of England (JHSE) from January 2020. 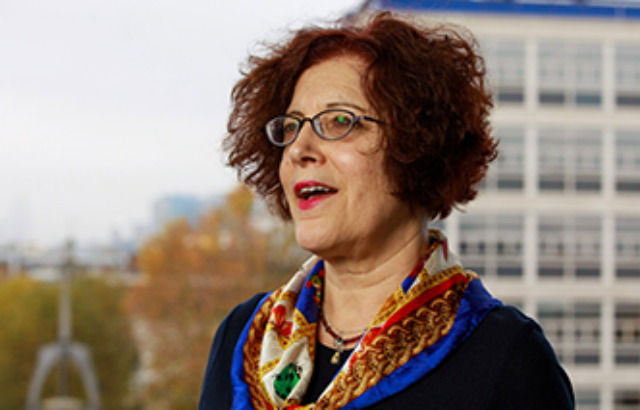 The Jewish Historical Society of England was founded in 1893 and is the oldest historical and learned society of its kind in Europe. The society, based in London, has branches across England and in Jerusalem.

The Jewish Historical Society of England promotes the study and research of the history of Jews with a particular commitment to Jewish life in Britain over the centuries. It holds monthly lectures in central London on a wide range of subjects delivered to wide and diverse audiences, reflecting the broad range of experiences of Jews in the past.

The aim of the Society is both to encourage historical research and to bring its fruits to a wide audience. In addition to its Lectures, the Society supports the efforts of doctoral students, community research groups, and edits the peer-reviewed journal, Jewish Historical Studies.

Promoting the diversity of British history

Professor Rubin, an historian at the School of History at Queen Mary University of London, has carried out research on medieval religious cultures, and is interested in particular in relations between Jews and Christians in medieval Europe. She is a keen communicator of historical knowledge outside academia through books aimed at wide audiences, TV and radio broadcast.

Professor Rubin said: “It has never been more important for the historical embeddedness of the Jews of Britain to be studied, communicated and appreciated. I hope to promote this interesting and important work as President, and to reach out to new audiences who are interested in the diversity of British history."

Professor Matthew Hilton, Executive Dean and Vice Principal for Humanities and Social Sciences at Queen Mary said: "Miri is an incredible historian and an asset to Queen Mary, we are lucky to have her. I have no doubt that she will excel as President of the Jewish Historical Society of England, an honour which is very well deserved."