High risk of corporate bankruptcy due to the coronavirus pandemic, according to a new analysis

The lockdown which occurred as a result of the Covid-19 pandemic increases the probability of corporate bankruptcy, according to an analysis co-authored by an academic from Queen Mary University of London. 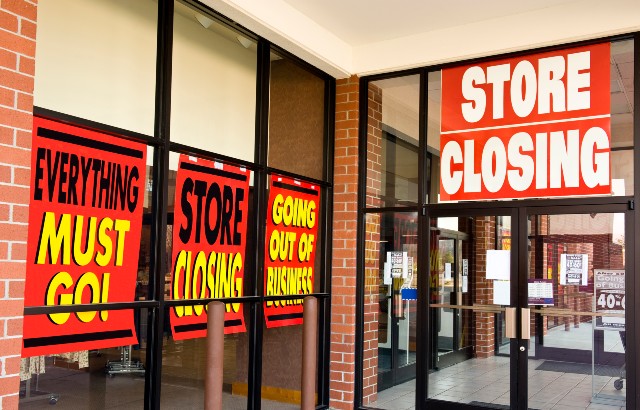 A shop ready to close down

The research, which focuses on Germany and the UK, is based on corporate financial statements from 2014 to 2018. It shows that in the United Kingdom, 73 per cent of firms that were closed during the pandemic were not able to cover expenses and in Germany the figure was 81 per cent.

Since the outbreak of the Covid-19 pandemic many countries have shutdown large parts of their economy. While this helps to mitigate the spread of the virus, the shutdown comes with severe economic costs.

The researchers found that that firms lost turnover during the shutdown but costs were hardly reduced. In particular, many firms needed to serve their debt and pay interest to banks. In accommodation, for example, companies in Germany and in the United Kingdom were found to have lost around 50 per cent of turnover in March 2020 compared to one year before.

The transport sector, travel agencies and many retail sectors are also heavily affected, according to the analysis. The longer a shutdown lasts, the more firms will not be able to cover their interest expenses. In a one-month shutdown, 81 per cent of companies in affected industries in Germany and 73 per cent of firms in the United Kingdom, came under financial distress.

Financial distress is defined as a situation in which interest expenses exceed earnings before interest and taxes. If the shutdown lasts longer, about three months, nearly all firms in shutdown industries will face risk of bankruptcy and many firms in the other sectors will be financially distressed as well, according to the research.

Both Germany and the United Kingdom have implemented furlough schemes which reduce salary payments and social security contributions of firms. This helps to some extent. However, the researchers point out that even if the complete cost of employees is refunded by the state to shutdown firms, the risk of bankruptcy increases dramatically. Even in this case the risk of bankruptcy increases to 71 per cent in Germany and to 61 per cent in the United Kingdom. According to the paper, there are small differences between size groups of firms, but in general all size groups will exhibit a severe increase in the probability of bankruptcy.

Professor Gulnur Muradoglu, Professor of Finance at Queen Mary University of London, and co-author of the study said: “Shutdowns put the UK corporate sector under considerable risk of financial distress. We measured the risk of bankruptcy by earnings not being able to cover interest payments. Using this measure, in one month, more than 70 per cent of firms in affected industries are predicted to be under risk of bankruptcy. In three months, that figure is predicted to rise to around 98 per cent.

“The furlough schemes reduce the risk of bankruptcy only marginally. These early findings suggest that the impact of coronavirus crisis on the corporate sector will be severe and subsequent policy should be designed accordingly.”

The report concludes that the full extent of the economic impact of the pandemic will only be visible after some time. A large wave of bankruptcies might jeopardise the economic recovery and lead to a double-dip recession after the mitigation of shutdown measures has initiated an initial catching-up process. The economic risk should be considered in the design of further official measures to mitigate the coronavirus pandemic.