Vitamin D has been found to speed up the clearance of tuberculosis (TB) bacteria from the lungs of people with multi-drug resistant TB, according to a study of 1,850 patients receiving antibiotic treatment, led by Queen Mary University of London. 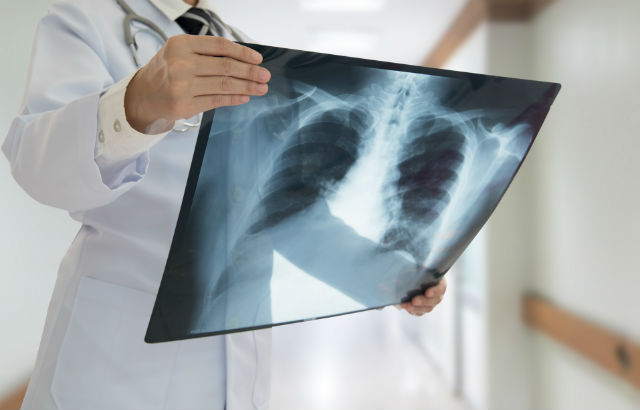 Vitamin D has been found to speed up the clearance of tuberculosis (TB) bacteria from the lungs of people with multi-drug resistant TB, according to a study of 1,850 patients receiving antibiotic treatment, led by Queen Mary University of London.

“Our study raises the possibility that vitamin D – which is very safe and inexpensive – could benefit this hard-to-treat group of patients by taking a novel approach to their treatment. By adding vitamin D to antibiotic treatment, we can boost the immune system to help the body to clear TB bugs, rather than relying on antibiotics on their own to kill the bacteria directly.

“This is a novel approach, as it contrasts with the conventional tactic of developing new antibiotics in an attempt to ‘keep up’ with the emergence of drug-resistant bacteria – an arms race that is proving hard for us to win.”

The World Health Organisation estimates that 10.0 million people developed active tuberculosis in 2017, and that 1.6 million people died of this disease. Multi-drug resistant (MDR) TB is caused by bacteria that are resistant to treatment with at least two of the most powerful first-line anti-TB drugs, causing around 500,000 cases and 150,000 deaths per year worldwide. Existing antibiotic treatments for MDR TB are lengthy, costly and often toxic due to their serious side effects.

In the new study, published in European Respiratory Journal, the research team pooled data from 1,850 TB patients who took part in clinical trials of vitamin D in eight countries (the UK, Pakistan, Bangladesh, India, Indonesia, Mongolia, Republic of Georgia and Guinea Bissau). They then ran an analysis to see whether there were particular groups of patients who responded better to vitamin D than others.

When added to antibiotic treatment, vitamin D was found to accelerate TB clearance specifically in patients with MDR TB, even though no acceleration of TB clearance was seen when looking at the entire study population as a whole.

The vitamin D supplementation was also found to be safe at the doses administered, with no links to serious adverse events.

The researchers say these results illustrate the potential for so-called ‘host-directed therapies’ - treatments that boost the immune system - to improve outcomes in patients with drug-resistant bacterial infections.

The researchers caution that the analysis is not sufficient on its own to justify a clinical recommendation of the use of vitamin D in the treatment of MDR TB, as it is based on a relatively small number of participants. However, they say these results now provide a rationale to carry out new clinical trials to see if vitamin D really can benefit patients who are taking standard antibiotics for MDR TB.

The findings add to a growing list of health benefits for the ‘sunshine vitamin’. While vitamin D is best known for its effects on bone health, previous studies by Queen Mary researchers have revealed its role in protecting against colds, flu, asthma attacks, and last month, that it can protect COPD patients from deadly lung attacks.

The study was supported by funds from the Higher Education Funding Council for England.