Q & A with Psychiatry Consultant on BBC’s Killing Eve

Dr Mark Freestone from Queen Mary University of London works as a Psychiatry Consultant for BBC’s hit TV show Killing Eve, which returns for season two in the UK on Saturday 8 June. We spoke to Dr Freestone about how he helped shape Villanelle’s character and his work at Queen Mary. 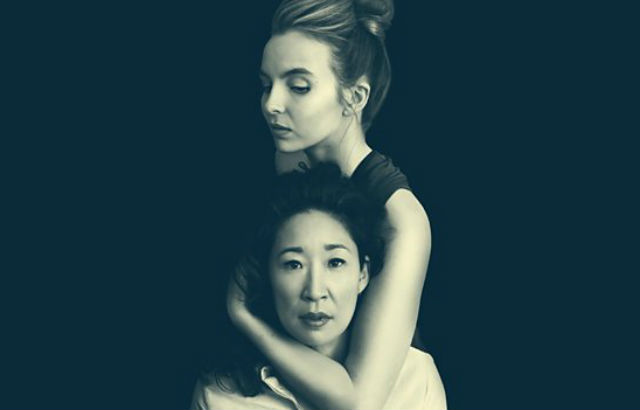 How did you get involved In the making of series two of Killing Eve?

I was involved with discussing specific episodes, scripts and overall character narratives with the writing team, including Villanelle’s character development and whether and how it is plausible for a psychopath to change, and to form relationships or attachments.

I also worked with individual actors on certain scenes and characters, particularly those characters who would be working with Villanelle in a professional (e.g. medical, psychological) capacity.

So is it plausible for a psychopath to change, and to form relationships or attachments?

That’s the million pound question, isn’t it? So we know that the core, genetically-influenced features of psychopathy – what we call ‘callous unemotional traits’ – when present in children can actually increase or decrease in intensity over time based on the child’s environment and the stability of the care they receive. 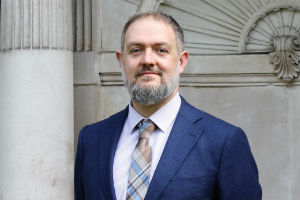 We also know that a great deal of the damage that can be done to the brain through abuse and neglect in childhood, that is linked to the more ‘secondary’ features of psychopathy – for example, impulsivity and poor behavioural controls – can be reversed by a nurturing environment. So if we can intervene early enough, the answer is yes.

What seems to be much harder is to change the core interpersonal features of psychopathy once the personality aspects of someone’s brain have finished developing, which we think occurs between the ages of about 22 and 25. Unfortunately, this is often the stage by which the offenders I study and worked with tend to already have committed serious crimes and ended up in prison. At this point, we are very pessimistic about the possibility of change and there is evidence that a lot of treatments actually make psychopaths worse, in the sense that they increase their criminal tendencies.

Do you use any of your experiences working on Killing Eve in your teaching at Queen Mary?

We run a Master’s Programme in Forensic Psychology and Mental Health which I teach some lectures on, and draw on my own work in prisons and forensic hospitals a lot, but I think my students would often rather hear about real cases than fictional characters, however compelling they are!

What research are you currently working on?

I have some fantastic collaborators in Queen Mary, including Professor Kam Bhui in the Centre for Psychiatry and Dr William Marsh and Professor Norman Fenton both from the School of Electronic Engineering and Computer Science.  Also at the Alan Turing Institute, where I have a University fellowship, I am working on using new techniques from data science to move away from prediction and correlation into truly ‘causal’ models.

I’m also continuing to work with the UK Ministry of Justice in evaluating services to rehabilitate men and women with personality disorders who have committed serious crimes.

Have you ever worked on any cases similar to Villanelle?

The short answer is: there is only one Villanelle and, contrary to what some of my Twitter followers seem to think, she is not real.

The longer answer is: Villanelle does have some traits and MOs (modus operandis, the ‘signature’ of committing a crime) that are shared by men I have worked with. For example, I have worked with male gang-based killers who take great pride in their own lack of remorse or empathy and creative ways of punishing or manipulating people. It’s not exactly sadism so much as the satisfaction of a “job well done”, except that job happens to be making people suffer terribly.

I’m also aware of a couple of cases in the United States that I know influenced Phoebe Waller-Bridge and Jodie Comer’s realisation of the character, including Angela Simpson, who committed a horrible crime and comes across with lots of ‘primary’ psychopathic traits in the many interviews she does with the press (which actually ticks another box for me in terms of her actually being a psychopath).

In your opinion, what do you think has contributed to the success of the show?

This is a very hard one. I actually think that the show was really up against it at the start: a small production financed by a virtually unknown commissioner (BBC America) with no well-known actors on the cast – except perhaps Fiona Shaw – in the days when Fleabag was still a cult thing. So in that light, it’s only really the quality of the show that explains its success.

As far as where the quality comes from, I did get a great sense from the early days that Killing Eve has a kind of singular vision about the relationship between the two women at the heart of the programme – Eve and Villanelle – who are engaged in a terrible, destructive dance of death that seems to be driven by obsession and draws in everything and everyone they come into contact with and either destroys or remakes it. That’s compelling and unique as we’ve seen this before with two male leads (Billions), or even a male and a female lead (Closer), but never two women.