Queen Mary Professor elected as a Fellow of the British Academy

Professor Edward Hughes from Queen Mary’s School of Languages, Linguistics and Film has been made a Fellow of the British Academy in recognition of his work in the field of twentieth-century French and Francophone literature. 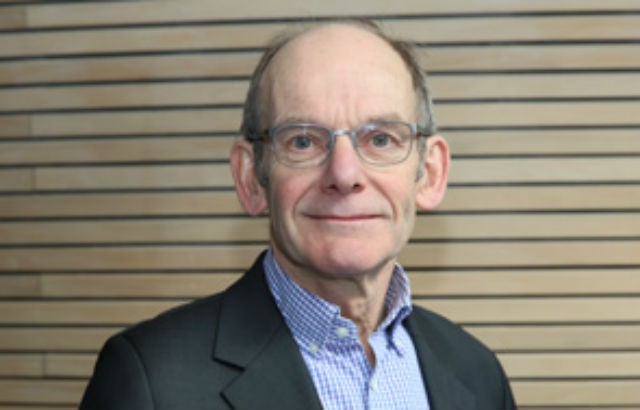 Professor Edward Hughes, Professor of French in Queen Mary’s Department of Modern Languages and Cultures joins a community of over 1400 of the leading minds that make up the UK’s national academy for the humanities and social sciences.

Professor Edward Hughes said: I'm delighted with this news. French Literature and its socio-cultural contexts is a subject I've long been drawn to and likewise the French language. Receiving this recognition makes me reflect back on the great teachers I've had and on the pleasure I have working with my excellent colleagues and our students here in Modern Languages and in the School of Languages, Linguistics and Film more widely.

Professor Matthew Hilton, Vice-Principal for Humanities and Social Sciences at Queen Mary said: “I am delighted that Edward’s achievements have been recognised by the Academy. His important contributions to the study of French and to our understanding of some of the greatest writers in modern France are integral to the excellent reputation enjoyed by Modern Languages at Queen Mary.”

Professor Edward Hughes joined Queen Mary in 2006. Edward Hughes has research interests in the field of twentieth-century French and Francophone literature, specialising in the socio-critical reading of work by a range of authors, including Marcel Proust, Albert Camus and Mohammed Dib. He is a former Vice-President and President of the Society for French Studies. He is currently engaged in research on the subject of egalitarian thought in the work of the contemporary French thinker Jacques Rancière.

British Academy Fellows are notable for their academic versatility, with many having made significant contributions to a range of disciplines.

This year 52 Fellows were elected from UK universities, with a further 20 – Corresponding Fellows – elected from universities in the US, Canada, Australia, South Africa, Finland, Germany, Italy and France.

As well as a fellowship, the British Academy is a funding body for research, nationally and internationally, and a forum for debate and engagement.