An academic from Queen Mary University of London is set to publish a new book charting the emergence of Lewis Carroll’s famous heroine Alice as a fashion icon, the first book of its kind. 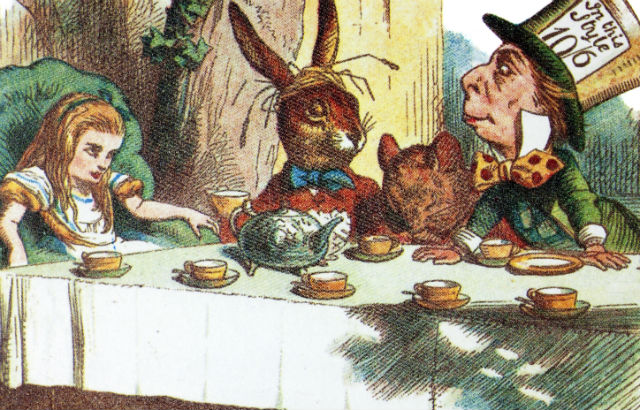 Kiera Vaclavik, Professor of Children’s Literature and Childhood Culture, traces the evolution of Alice’s visual identity in the nineteenth century and explores the influence that the character had on the styles and trends that followed.

The book draws on historical sources from around the world to explore the many ways in which Alice was dressed in Carroll’s original texts and the different depictions of her, in different locations, at different moments in time. It provides a unique case study of the many cross-currents between fashion and fiction over the years. The research is a key output of a two-year (Early Career) Fellowship from the Arts and Humanities Research Council.

The book offers news insights into the performances and multiple readings of Carroll’s work in other cultural contexts. Whilst Alice’s near cult status in Japan is well known, this is the first time that the longstanding nature of other relationships has come to light. Her absorption into North American culture has also, until now, remained relatively undocumented.

Professor Kiera Vaclavik said: “When I started exploring what Alice looked like to the Victorians, I never dreamt that it would open up so many new areas of enquiry. Following the thread of Alice’s visual identity reveals how quickly she became a global export and international icon, and how widespread her appeal.

“At the same time a whole host of largely forgotten female artists were putting their own stamp on Carroll’s heroine. This book sheds light on these untold stories of Alice’s take up.
And what did she look like? It took several decades for any consensus to emerge. As opposed to a contemporary character like the Gruffalo, Alice was constantly reimagined to keep abreast of changing styles.

“All in all, paying attention to how Alice is dressed fundamentally changes our understanding of the circulation, reception and afterlife of Carroll’s works.”