The EU must urgently change course on the migrant crisis and should resettle three million Syrian migrants, according to François Crépeau, UN Special Rapporteur on the Human Rights of Migrants. 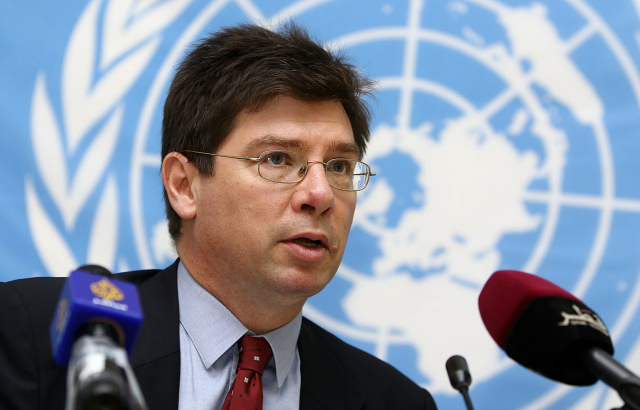 He said that current policy, based on a “fantasy” of sealing borders, will continue to fail on a massive scale.

Professor Crépeau was speaking at QMUL’s School of Law, where he called for the EU to resettle 500,000 refugees per year from Turkey, Jordan and Lebanon.

He said: “The continued ineffectiveness and paradoxes of European Union border management policies and the lack of a coherent, human rights-based approach to migration were vividly and visibly demonstrated by the deaths of 2015, of which that of little Aylan remains the tragic icon.”

In a wide-ranging speech, Professor Crépeau said that the EU must dispense with the myth that the crisis can be solved by border controls. He said that the current status quo is unsustainable, and warned that political leaders have failed to articulate the benefits to member states of moving from a failing ‘securitisation’ strategy to one which accepts and formalises inward migration.

Professor Crépeau said: “…the Global North has jobs for migrants. Many of those jobs are in the official labour market. One of the factors which pushed Chancellor Merkel to move last year was the advice of the business community that Germany needed migrant workers….The positive impact of the migration of the past two years in Germany, in terms of an uptick in its GDP, has already been documented.”

He warned though that current policy is compounding the crisis by forcing migrants and refugees into underground labour markets.

He said: “I have met agricultural workers in southern Italy working 10-hour days in fields in the summer for 20 Euros, and I’ve met domestic workers working 17-hour days six days a week in Qatar for $250 per month. The toleration of this exploitation is a shame on our societies. This pliable workforce occupies the socioeconomic slot once occupied by the slaves of yesteryear and by the industrial workers of the end of the 19th century.”

He said that EU policy has responded “neither to the need to leave nor the need to hire” and has created the perfect conditions for an underground labour market to flourish.

“It is paradoxical that, in the name of securing borders, European States have actually lost control over some of their borders, as flexible and opportunistic smuggling rings will most often be ahead of the game. Prohibitions and repressive policies, without regular migration channels for asylum seekers and much needed low-wage migrants, only entrench smuggling operations and underground labour markets, and increase the precariousness of the migrants’ situation, resulting in more deaths at sea and more human rights violations,” said Professor Crépeau.

He said that militarisation of the border, including the recently announced plan to involve NATO, is “the worst idea possible”, and described the plan to fight the smugglers as “a red herring”.

“The only way to actually eliminate smuggling is to take over their market by offering legal, safe and cheap mobility solutions, with all the identity and security checks that efficient visa procedures can provide,” said Professor Crépeau.

Professor Crépeau was speaking at the Joint LLM in Immigration Law and Criminal Justice Centre Annual Lecture. This year’s lecture took place during The School of Law’s Refugee Week.