Joint Annual Lecture of the Criminal Justice Centre (CJC) and the LLM in Immigration Law at Queen Mary University of London. The speaker is Professor François Crépeau, United Nations Special Rapporteur on the Human Rights of Migrants.

Migration cannot be stopped, without massively violating the human rights of the migrants. It may be deflected and rerouted, for a time. But European efforts to stop irregular migration will fail on a massive scale given the push and pull factors at work, such as survival needs on the part of the migrants and labour market needs on the part of European countries. Criminalising migration and ‘fighting the smugglers’ in isolation is useless; the irregular migration market is created by the barriers to mobility erected by supranational and domestic regulations. As for many other social issues, prohibition is part of the problem, not part of the solution. People need to move and mobility services are being offered by opportunistic mafias. It would be much more efficient and less costly to organise and coordinate mobility than to try resisting it. Europe need not renounce its freedom of movement rules: it should instead develop a better-administered mobility regime. It would only then, in effect, much better control its borders. 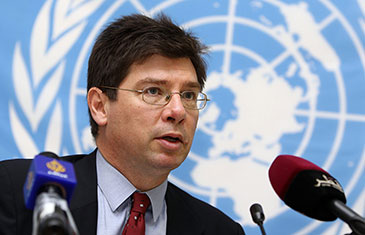 François Crépeau is Full Professor at McGill University, where he holds the Hans & Tamar Oppenheimer Chair in Public International Law, and is Director of the Centre for Human Rights and Legal Pluralism. He is the United Nations Special Rapporteur on the Human Rights of Migrants (2011-2017): he has conducted official visits to Albania, Tunisia, Turkey, Italy, Greece, Qatar, Sri Lanka, and Malta, and has produced thematic reports on the detention of migrants, the protection of migrants’ rights at the external borders of the European Union, climate change and migration, global migration governance, labour exploitation of migrants, and the recruitment practices of foreign labour. Crépeau is also guest professor at the Université catholique de Louvain (2010-2019), he is a Fellow of the Royal Society of Canada, was a Fellow 2008-2011 of the Pierre Elliott Trudeau Foundation, and is an Advocatus Emeritus of the Quebec Bar Association. He has given many conferences, has published numerous articles, has written, edited or coedited nine books, and is a member of the editorial board of several learned journals.