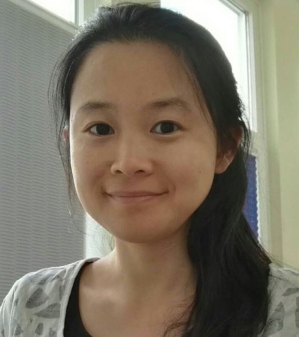 Weini Huang currently works on modelling cancer evolution and species interactions in biological systems. Before being a lecturer in mathematical biology in 2018, she worked as a postdoctoral researcher in the Barts Cancer Institute, QMUL for modelling cancer spatial heterogeneity and the evolution of tumour resistance. She obtained her PhD in 2012 in Evolutionary Theory in the Max Planck Institute of Evolutionary Biology in north Germany.

Currently, Weini supervises 5 PhD students in the topics of evolutionary theory with application in species coevolution and cancer dynamics. Weini is interested in understanding how diversity and population patterns are formed and maintained in nature/human cell populations through theoretical approaches as well as their connections with experimental/clinical observations. She collaborates with experimental evolution groups and cancer biologists/clinicians, such as the evolution of trade-offs in a bacteria-ciliate system and drug resistance in ovarian cancer, ecDNA copy number distribution, mtDNA dynamcis in healthy liver.

Nathaniel will work in our group as a Postdoctoral researcher for half a year on the topic of ecDNA dynamics and then continue the same direction in Dr. Benjamin Werner's group in Barts Cancer Institute, QMUL.

Marius is a third year PhD students working on the topic of random mutation accumulation in healthy tissue. Before joining QMUL math in 2018 May, Marius has studied applied mathematics in life science in University of Lübeck and worked on how mutation spreads in different graphs.

Magnus' research interests include spatial simulations, stochastic modelling, statistical physics and analysis of large-scale genomic data. He is currently developing computational and mathematical methods to analyse spatially resolved tumour tissue samples, to understand the early-stage development of tumours and how dynamical properties of different tumour cells are reflected in their spatial arrangement. Before joining Queen Mary, Magnus earned his Master’s degree in theoretical physics from The University of Edinburgh where he worked on a stochastic model of chemotherapy response the brain tumours. During his undergraduate studies he also completed particle physics research projects at DESY, Hamburg, and Fermilab, Chicago.

Iftikhar is from Pakistan and holds an MPhil degree in Mathematics from Abdul Wali Khan University, Mardan, Pakistan. His area of research was Fluid Dynamics and worked on a thesis titled “Some Exact Solutions of the Boundary Layer Equation and Electro-magnetic Body Force”. Studying the infectious disease models has developed his interest in Mathematical Biology. Now he is working on the deterministic model and stochastic simulation of tumor accumulation in hierarchically organized tissue structures.

Elisa’s PhD project is to use stochastic models based on simple mechanistic assumptions to explain observed ecDNA patterns in human cells, including healthy tissues and tumours. The project will be done in cooperation with Barts Cancer Institute at the School of Medicine and Dentistry in Queen Mary University of London.