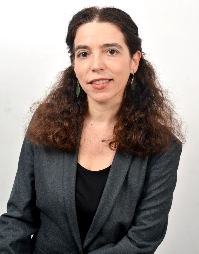 Ginestra Bianconi is Professor of Applied Mathematics in the School of Mathematical Sciences of Queen Mary University of London and she is  Alan Turing Fellow at the Alan Turing Institute. Currently she is Chief Editor of JPhys Complexity, Editor of PloSOne, and Scientific Reports, and she is Associate Editor of Chaos, Solitons and Fractals. In 2020 she was awarded the Network Science Fellowships by the NetSci Society.

Her research activity on Statistical Mechanics and Network Science includes Network Theory and its interdisciplinary applications. She has formulated the Bianconi-Barabasi model that displays the Bose-Einstein condensation in complex networks. She has worked in network entropy and network ensembles and on dynamical processes on networks. In the last years, she has been focusing on multilayer networks, simplicial complexes, network geometry and topology, percolation and network control. She is the author of the book Multilayer Networks: Structure and Function by Oxford University Press.

Ginestra Bianconi has published more than 150 papers and her work has appeared in major scientific journals such as Science, Nature, PNAS, PRX and Physical Review Letters. She is the author of the book Multilayer Networks: Structure and Function  by Oxford University Press.