Professor Ginestra Bianconi has recently had a new book published, which focuses on high order-networks. 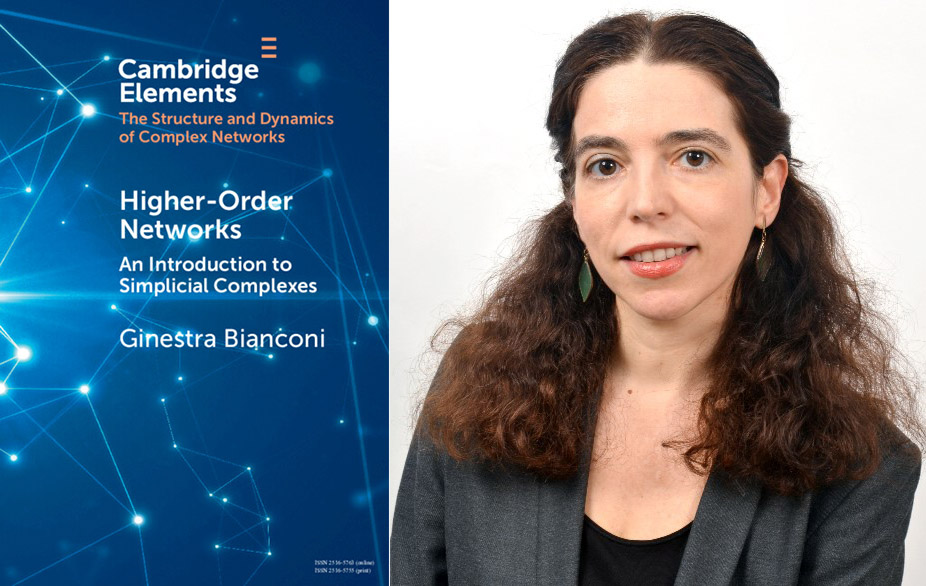 The book aims to demonstrate that discrete geometry and discrete topology together with the combinatorial and statistical properties of higher-order networks are key to reveal the interplay between the structure and the dynamics of complex systems. Potentially, this new way of looking at complex systems could be transformative for the field and could lead to new ways of investigating brain function and dynamics.

What are high order networks?

However, the vast majority of complex systems also include higher-order interactions formed by more than two nodes. For example, social face-to-face interactions, or collaborative teams often include more than two individuals, and in the brain one can observe activations or more than two regions at the same time.

Therefore, a very large number of complex systems are better described by higher-order networks including nodes, links, but also the higher-order interactions between more than two nodes.

This book is a concise and pedagogical introduction to this growing research field, written by an applied mathematician that has worked on network theory since research in this field began.

Who is the book written for?

The book is written for PhD students and young researchers in applied mathematics, physics, computer science, data and network science who want to be introduced to the exciting new field of higher-order networks, for experts in the field of network theory and in general for mathematicians and physicists that are interested in the relation between topology, geometry and dynamics.

Read for free here before 7 December