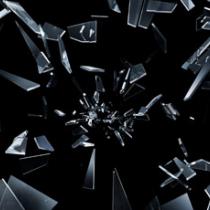 The same freezing which is responsible for transforming liquids into glasses can help to predict some patterns observed in prime numbers, according to a team of scientists from Queen Mary, University of London and Bristol University(link is external).

At a low enough temperature, water freezes into ice by arranging its molecules into a very regular pattern called crystal. However many other liquids freeze not into crystals, but in much less regular structures called glasses - window glass being the most familiar example. Physicists have developed theories explaining the freezing phenomena, and built models for understanding the properties of glasses.

Now, a researcher from Queen Mary’s School of Mathematical Sciences, together with his colleagues from Bristol have found that frozen glasses may have something common with prime numbers and the patterns behind them.

Professor Fyodorov explained: “The prime numbers are the elements, or building blocks, of arithmetic. Our work provides evidence for a surprising connection between the primes and freezing in certain complex materials in Physics.”

A prime number is a whole number greater than 1 which can only be divided by 1 or itself. Primes play fundamentally important role in pure mathematics and its applications; and many mathematicians have tried to predict the patterns observed in prime numbers. One theory, called the Riemann Zeta Function is believed to be the most successful in revealing and explaining properties of primes.

The Riemann Zeta Function detects patterns in prime numbers in the same way that you might spot harmonies in music. It can be thought of as a series of peaks and troughs – which may be legitimately called a ‘landscape’ - encoding the properties of primes.

Professor Fyodorov continues: “One of important questions about the Riemann Zeta function relates to determining how large the highest of the peaks in the landscape are. In our paper we have argued that, unexpectedly, answering that question is related to the problem of characterizing the nature of the freezing transition in certain complex materials in Physics, such as glasses.

The team hope that understanding freezing could help mathematicians make progress in attacking some of the grand challenges of number theory.

Professor Fyodorov concludes: “Looking for connections between the statistical mechanics of random energy landscapes, random matrix theory, and the theory of the Riemann zeta function appeared to be a fruitful and promising approach.”