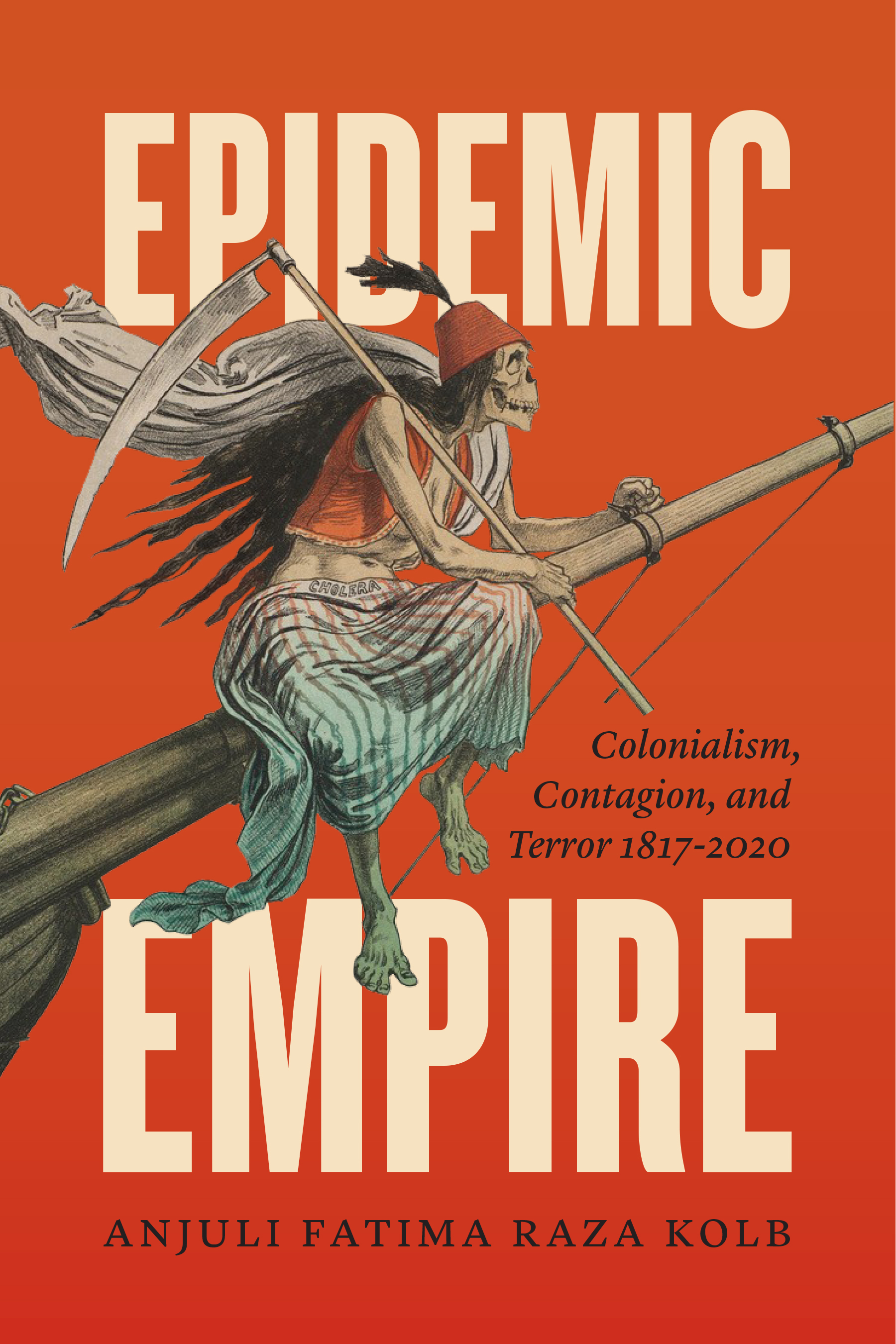 Terrorism is a cancer, an infection, an epidemic, a plague. For more than a century, this metaphor has figured insurgent violence as contagion in order to contain its political energies. In Epidemic Empire, Anjuli Fatima Raza Kolb shows that this trope began in responses to the Indian Mutiny of 1857 and tracks its tenacious hold through 9/11 and beyond. The result is the first book-length study to approach the global War on Terror from a postcolonial literary perspective.

Raza Kolb assembles a diverse archive from colonial India, imperial Britain, French and independent Algeria, the postcolonial Islamic diaspora, and the neoimperial United States. Anchoring her book are studies of four major writers in the colonial-postcolonial canon: Rudyard Kipling, Bram Stoker, Albert Camus, and Salman Rushdie. Across these sources, she reveals the tendency to imagine anticolonial rebellion, and Muslim insurgency specifically, as a virulent form of social contagion. Exposing the long history of this broken but persistent narrative, Epidemic Empire is a major contribution to the rhetorical history of our present moment.

To mark the launch of the book, Chicago University Press is offering a promotional discount of 20% via the meeting. Use promo code RZK20.

The session will be chaired by Dr Daniel Lee, Senior Lecturer in Modern French History, QMUL

A recording of the workshop is available at https://youtu.be/52dbODbJ13M